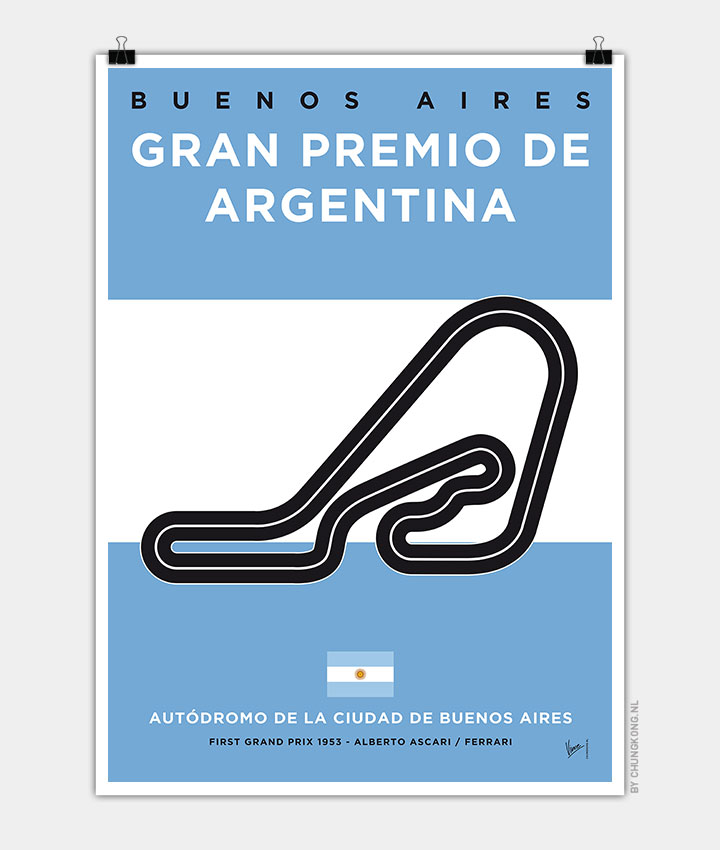 – – –
The Argentine Grand Prix (Spanish: Gran Premio de Argentina) was a round of the Formula One championship, held intermittently from 1953 to 1998, all at the same autodrome in the Argentine national capital of Buenos Aires. Argentine president Juan Perón was the driving force behind the creation of the circuit, after seeing the success of the country’s own Juan Manuel Fangio.