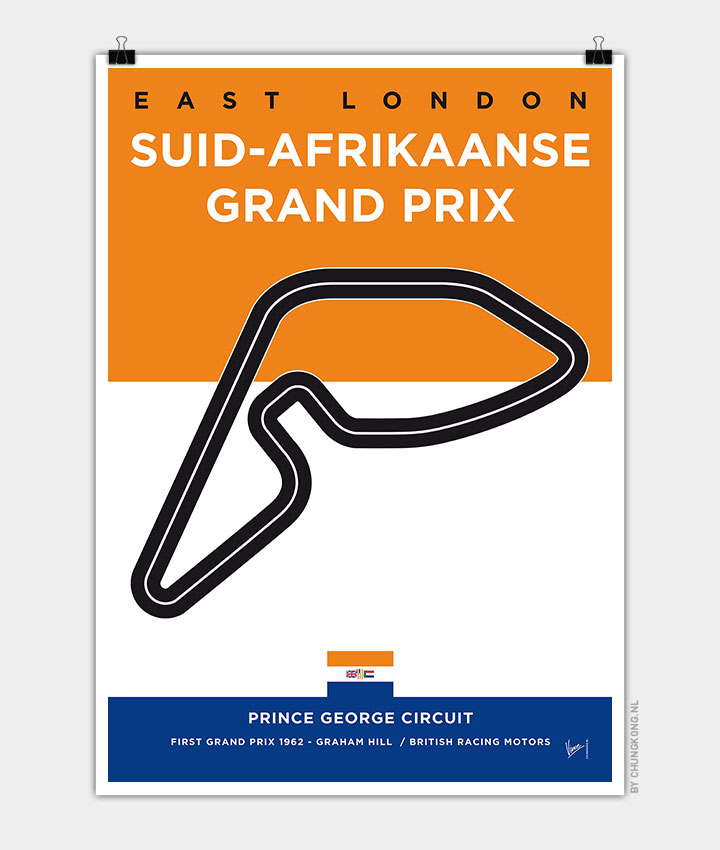 – – –
The first South African Grands Prix were held on a circuit of 23.4 km that ran through different populated areas of the coastal city of East London. This was shortened to 17.7 km in 1936. After World War II, when racing was halted, a permanent circuit was built in 1959. The first South African F1 race was held on 29 December 1962. In that race, Graham Hill took advantage of Jim Clark’s mechanical problems with his Lotus and took race victory and the championship.