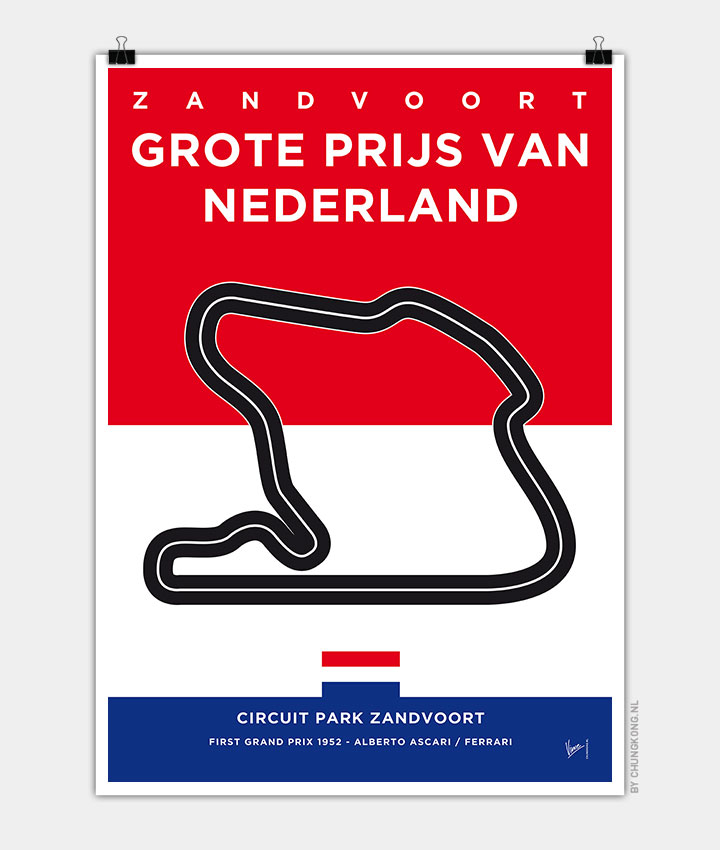 – – –
The Dutch Grand Prix (Dutch: Grote Prijs van Nederland) was a Formula One automobile race held at Circuit Zandvoort, near Zandvoort, the Netherlands, from 1948 to 1985. It was a part of the World Championship from 1952, and designated the European Grand Prix twice, 1962 and 1976, when this title was an honorary designation given each year to one Grand Prix race in Europe.