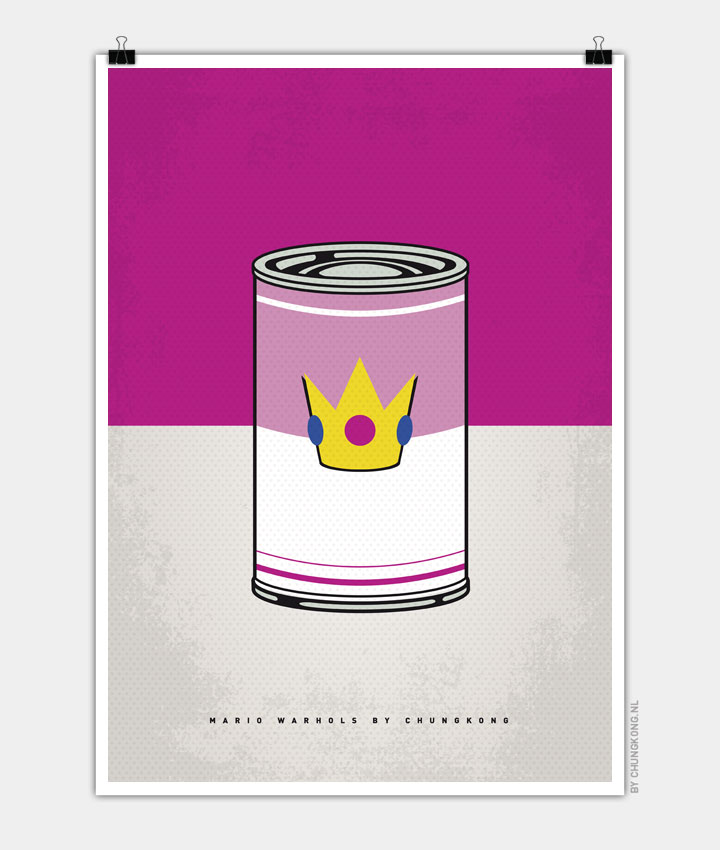 Is it me or could „Andy” just be the name of the third brother after Mario and Luigi? Mr. Warhola as the benjamin brother: White hair, glases and a blue overall… feels natural to me.

After inspiring responses on the star warhols series (Neatorama, Huffington post, Acclaim Magazine, and many more), here are my Mario Pop Art Cans.

The serie of posters is about making fun, combining super Mario icons with pop art elements.
Result? I like to call them STAR WARHOLS.