No001 MY RENT musical poster 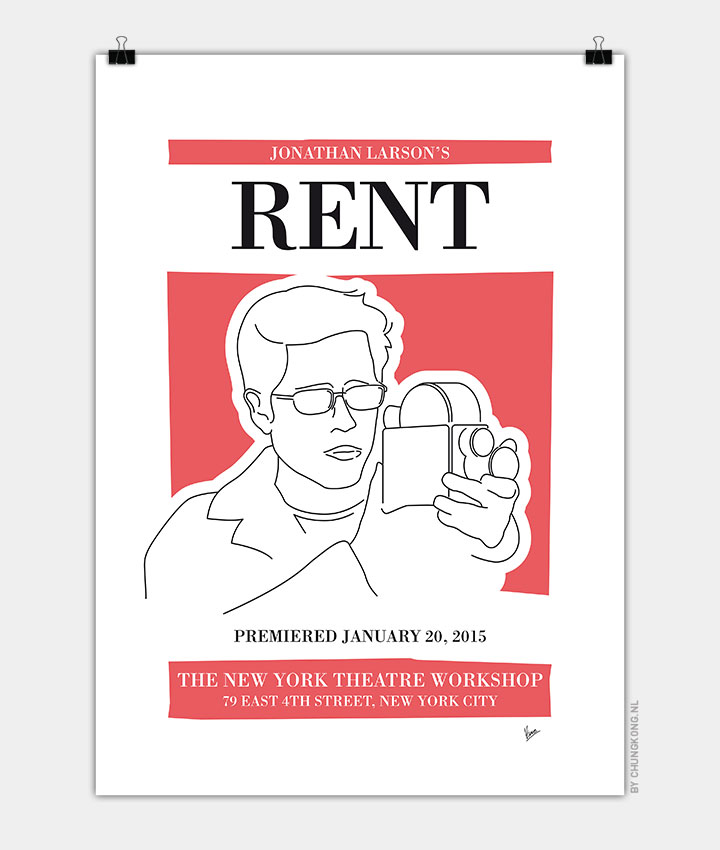 Based on Puccini’s beloved opera La Bohème, Rent follows the ups and downs of a year in the life of a group of impoverished, artistic friends living in Manhattan’s East Village.

Mark, an aspiring filmmaker, struggles to find his place in the world; his roommate Roger, an HIV-positive musician, wonders how he will leave his mark before he dies. Mimi and Angel look for true love as they face the harsh reality of life as HIV-positive young people, while the businesslike Joanne seeks fidelity from her wild-child performance artist girlfriend Maureen.

The group’s dreams, losses, and love stories weave through the musical’s narration to paint a stunningly raw and emotional portrait of the gritty bohemian world of New York City in the late 1980s, under the shadow of HIV/AIDS.