No004 MY The Phantom of the Opera musical poster 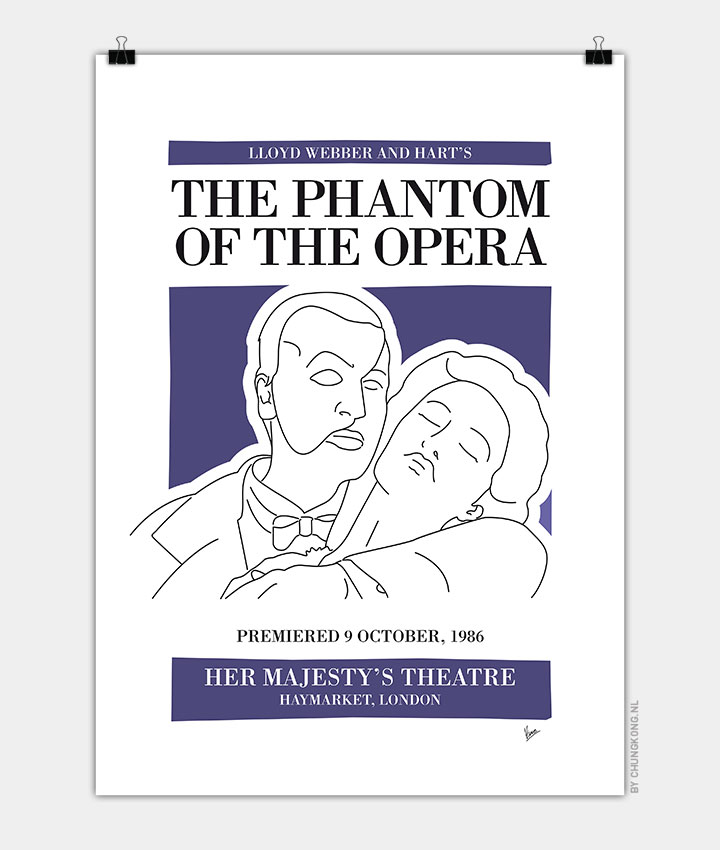 Based on the 1910 horror novel by Gaston Leroux, The Phantom of the Opera is a thrilling and romantic account of the legendary Phantom, a musical genius who dwells deep beneath a majestic opera house in Paris.

Shunned by society for his horrible facial deformity, he takes a promising young soprano, Christine, under his wing and grooms her for operatic fame, all the while falling deeply in love with her. As Christine grows ever more successful, and a handsome young man from her past begins to successfully court her, the Phantom descends into a jealous rage and terrorizes the opera company with increasingly dangerous threats.

Andrew Lloyd Webber’s score soars with such famous tunes as “Think of Me,” “All I Ask of You,” “The Music of the Night,” and the title song, “The Phantom of the Opera,” and Phantom has gone on to become a cultural tour de force, and one of the most successful musicals of all time.