No006 MY Kinky Boots musical poster 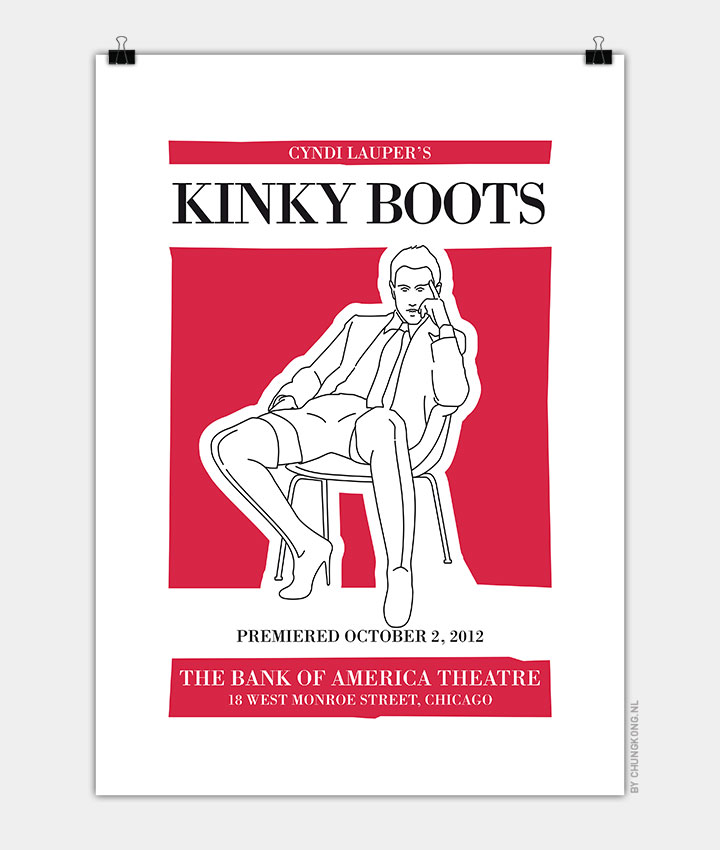 After trying to escape his father’s low-key, family ambitions for him, Charlie Price has suddenly inherited his father’s shoe factory, which is on the verge of bankruptcy.

Charlie must now face the decision of whether to pursue a new life in London with his fiancee Nicola, or return to the town in which he grew up and save his father’s dreams. Ultimately, Charlie decides to try to live up to his father’s legacy and rescue his family business, and, in doing so, he finds unlikely inspiration in the form of Lola. A fabulous drag queen in need of some sturdy stiletto boots, Lola turns out to be the one person who can help Charlie become the man he’s meant to be.

As they work to turn the factory around, this unlikely pair find that they have more in common than they ever dreamed possible. With the door thrown open and the world at their fingers, Charlie discovers that when you change your mind about someone, you can change your whole world.