No008 MY The King and I musical poster 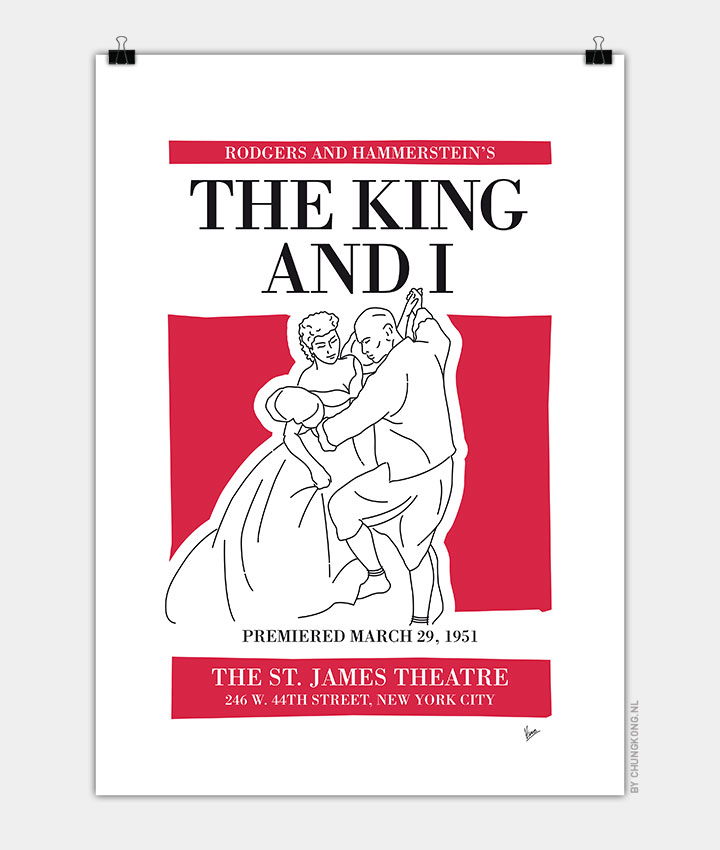 It is the early 1860s when newly widowed Anna Leonowens and her son, Louis, set sail from their native England for Bangkok, Siam (now Thailand).

Anna, still grieving, has set her sights on a new adventure and taken a position as the schoolteacher for the royal offspring of the King of Siam. The King is determined to usher Siam into the modern world, and he thinks Western education can be a part of that – yet, Anna is horrified at first by many of the traditions that he holds dear. Anna and the King struggle to find common ground. The King is largely considered to be a barbarian by rulers of the West, and he takes Anna on as an advisor, asking her to help change his image – if not his actual practice. With both keeping a firm grip on their respective traditions and values, Anna and the King teach each other about understanding, respect, and love that can transcend the greatest of differences.

Beneath the fraught, fiercely opinionated, conflict-ridden surface of Anna and the King’s relationship lies one of the most unique love stories in the musical theatre canon.