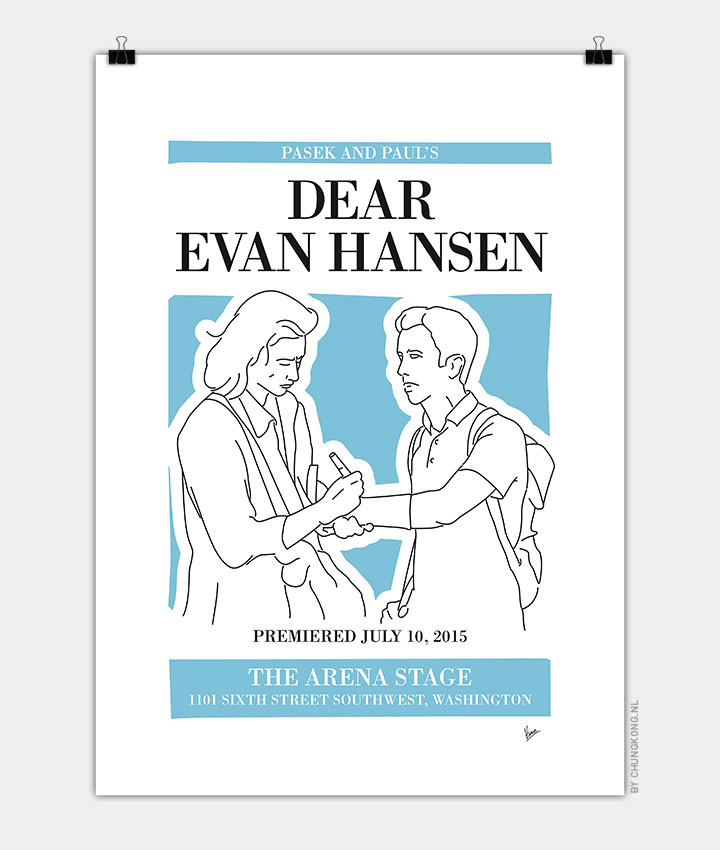 Dear Evan Hansen tells the story of a young man with social anxiety disorder who so yearns to make a connection with his peers that he fabricates a relationship with a deceased student to become closer to the boy’s family.

When a classmate commits suicide, shy Evan Hansen finds himself at the center of the tragedy and turmoil. In a misguided attempt to comfort the boy’s grieving family, Evan pretends that he was actually good friends with their son. He invents a fabricated email account to “prove” their friendship, and when a fake suicide note makes its way online, Evan finds himself the unintended face of a viral video about loneliness and friendship. As his social currency skyrockets, Evan is drawn deeper and deeper into the lie. His relationship with his actual mother wanes in comparison to that of his “shiny new family.” He finally lands the girl of his dreams, and most importantly–he’s no longer invisible.

Eventually, Evan is forced to make a decision: Will he give himself over to the fantasy he’s created, or will he bite the bullet and risk losing everything he’s ever wanted?