No018 MY Mary Poppins musical poster 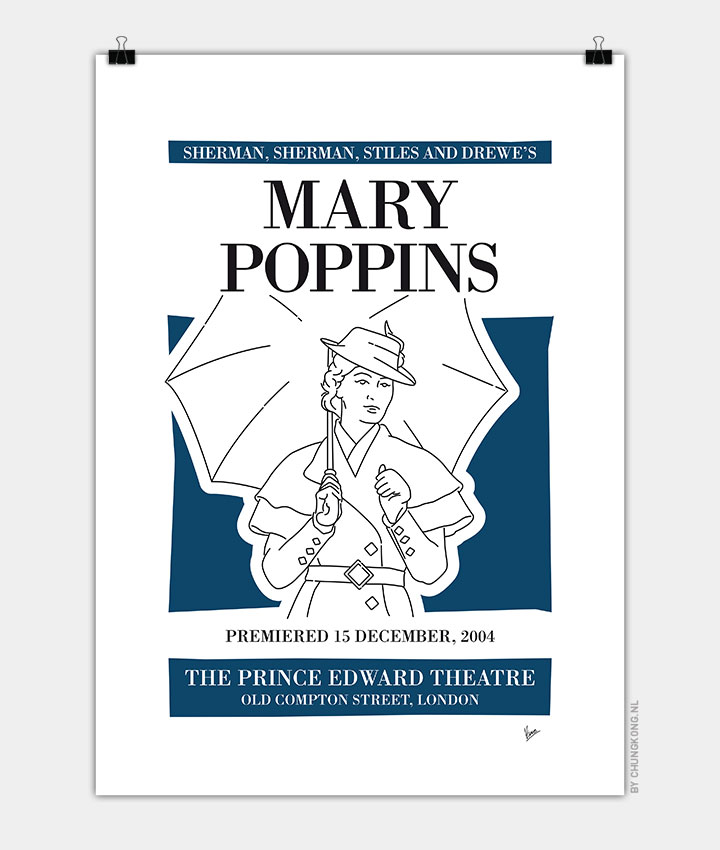 Bert, a jack-of-all-trades, invites us into the world of London, England in 1910 — and, specifically, into the dysfunctional home of the Banks family. Jane and Michael, the young Banks children, have sent yet another nanny packing, dismissing these children as hopelessly and irrevocably spoiled and misbehaved. With a father who works constantly and mother who is always distracted, Jane and Michael have suffered without strong caretaking forces in their lives.

Then the magical Mary Poppins flies in on the wind, bringing with her a combination of whimsy, magic, and disciplined common sense to the children’s lives. Together, they go on memorable and magical adventures — and also learn the importance of a tidy nursery and of taking the medicine they need (with a spoonful of sugar, of course.) Mary Poppins’ transformational influence does not stop with the children — eventually, she teaches the grown-ups, as well, to open up and realize that “anything can happen if you let it.”

Based on P.L. Travers beloved book series of the same name, Mary Poppins.