No021 MY Miss Saigon musical poster 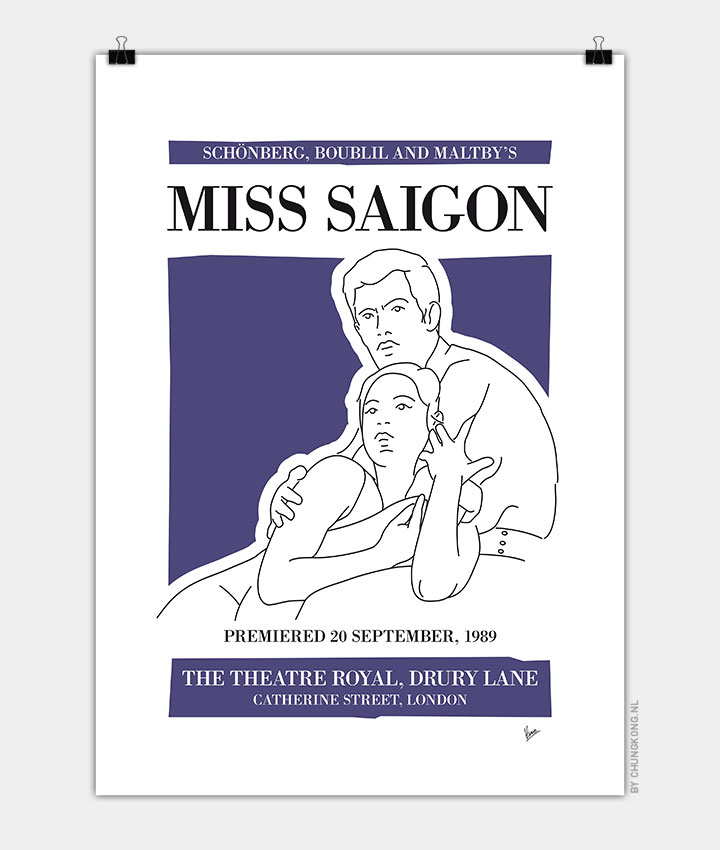 Reframing Puccini’s story by setting it during the Vietnam War, Miss Saigon is a powerful and poignant tale of love in a war-torn country. In the dangerous days before Saigon’s fall in 1975, Chris (an American GI) and Kim (a destitute Vietnamese orphan working her first night as a prostitute) fall in love. When the city falls, the lovers are forced apart, and each must find their own way, alone.

When, years later, Chris is able to return to Vietnam, he brings with him an American wife. Kim, who has waited for Chris, has raised their son, Tam, who is “bui-doi”– a term for a child conceived during the horrors of war. With so much devastation behind them, Kim and Chris must decide how to move forward.