No022 MY Hair musical poster 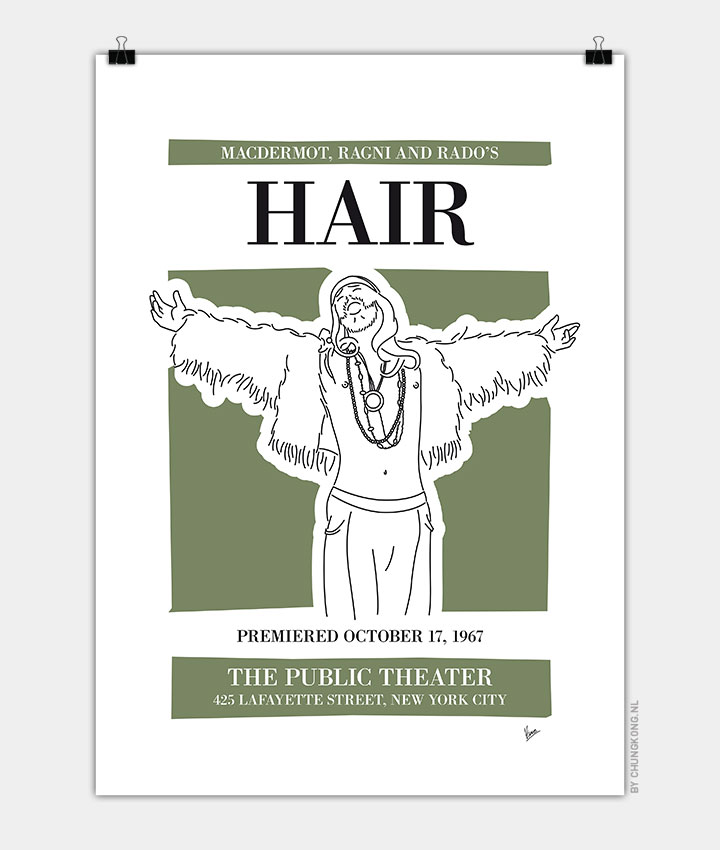 It’s 1967: the Vietnam War raging and the Age of Aquarius is dawning. Claude, his best friend Berger, their roommate Sheila, and their Tribe of friends struggle to balance the demands of the harsh and violent world with their dream for a more beautiful and peaceful world. When Claude receives his draft notice, he must decide whether to join his friends in resisting the draft, or bow to the pressures of society and his conservative parents, thereby sacrificing his ideals and, possibly, his life.

Hair was premiered in 1967, it brought the counterculture movement into the theatre and the national spotlight. The issues the show brings up — alienation, civil disobedience, youthful defiance — continue to timelessly resonate today.