No023 MY Billy Elliot musical poster 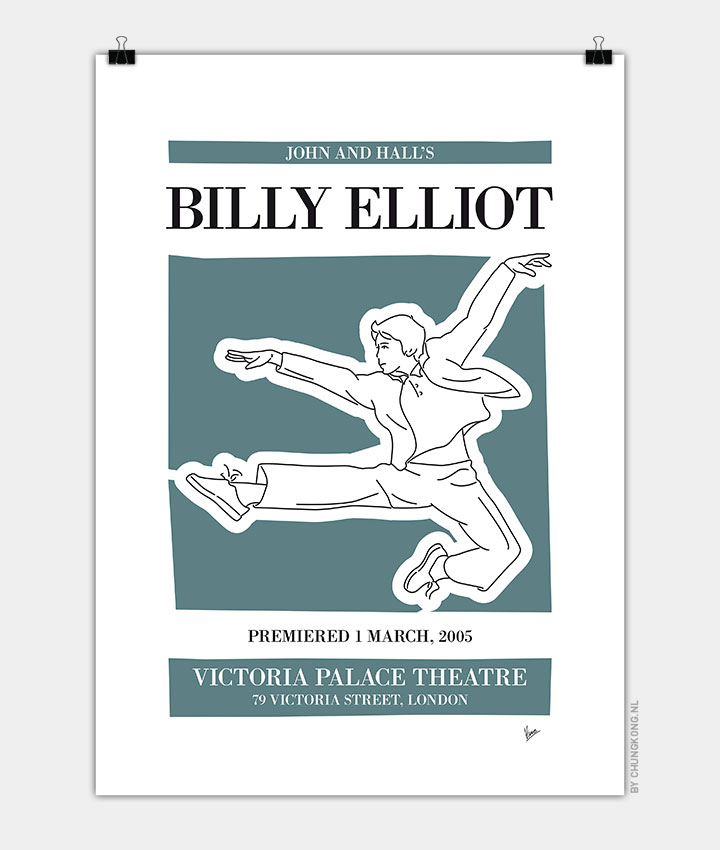 Billy Elliot tells the story of a young boy from a coal mining village in northeast England who transcends class and circumstance to become a ballet star.

Set against the backdrop of the 1984-5 miners strike, which tragically affects the whole village. Billy is looked after by his father, brother, and grandfather, after his mother’s death a few years earlier. They are not well off and have no experience with, or tolerance for, the arts. His dad and brother are totally against the idea of him learning to dance but Billy finds himself drawn towards the ballet world. As a result, Billy is forced to take his boxing lesson money and use it secretly for dance lessons from local dance teacher Mrs. Wilkinson. She quickly notices that Billy is a prodigy and takes him under her wing. Soon, despite his family’s resistance, Mrs. Wilkinson manages to get Billy an audition with The Royal Ballet School in London.

The village learns to overcome their ill-founded prejudices and, along with Billy’s father, come around to support Billy’s dream to become a dancer as Billy defies the odds and is finally accepted into The Royal Ballet School.