No024 MY Fame musical poster 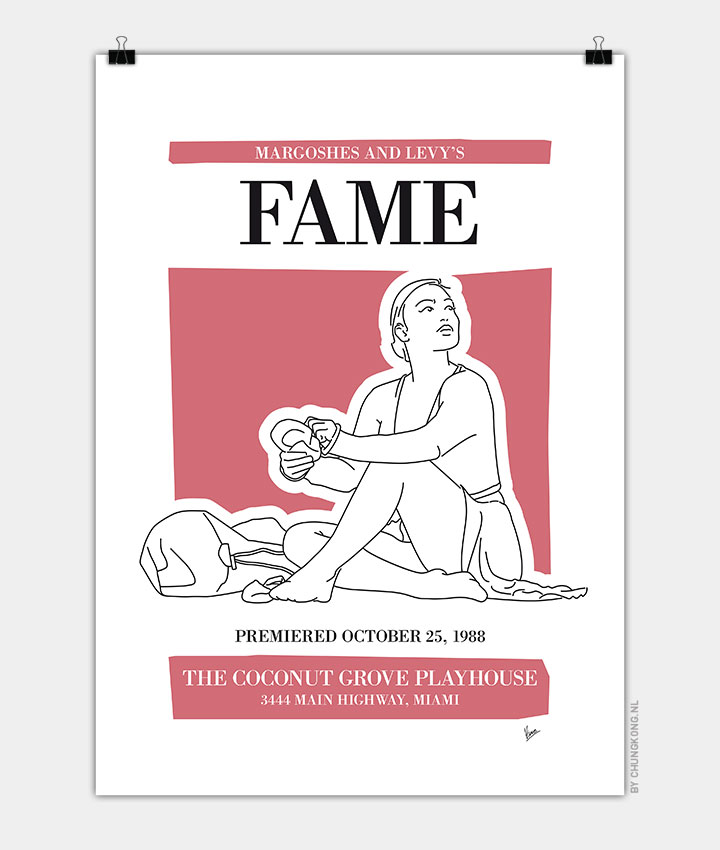 Fame the Musical follows the highs and lows of the final class of New York City’s illustrious High School for the Performing Arts from their first year in 1980 to their graduation in 1984.

It tells the story of several of the students, depicting their struggles, triumphs and tempestuous relationships with sincerity and dramatic effect. We see their struggles with ambition, fame, and self-confidence through the eyes of students such as Carmen, the ambitious dancer obsessed with fame, serious actor Nick, overweight dancer Mabel, and the talented dancer Tyrone, who struggles desperately with dyslexia.

The show does not shy away from complex issues, such as racial prejudice, drug abuse, and sexual exploitation, as the young performers explore the realities of striving for a career in showbusiness.