No027 MY 42nd Street musical poster 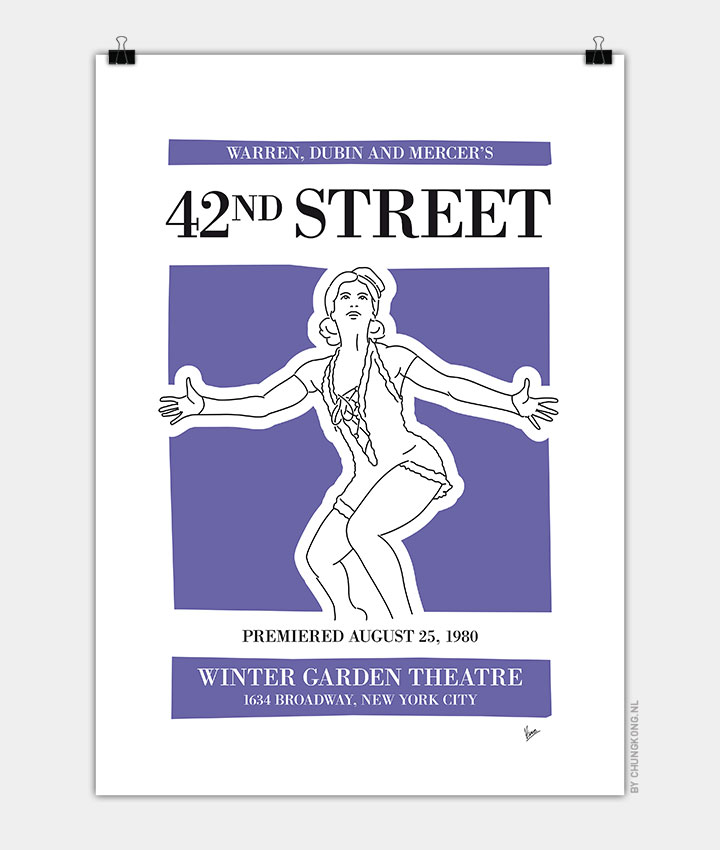 42nd Street tells the story of Peggy Sawyer, a talented young performer with stars in her eyes who gets her big break on Broadway.

Peggy arrives to New York City from her hometown of Allentown, Pennsylvania, armed with her tap shoes and big dreams. Peggy’s talent catches the eye of legendary Broadway director Julian Marsh, who gives her a spot in the chorus of Pretty Lady, his newest show. Pretty Lady stars Dorothy Brock, the classic Broadway diva, who takes an instant dislike to the new girl in the cast. When Dorothy is injured during the show’s previews, Pretty Lady looks like it will have to close, unless a new girl talented enough to lead the show can be found — someone like Peggy Sawyer!

Peggy’s rise from showgirl to star is the stuff of show business dreams.