No028 MY Cats musical poster 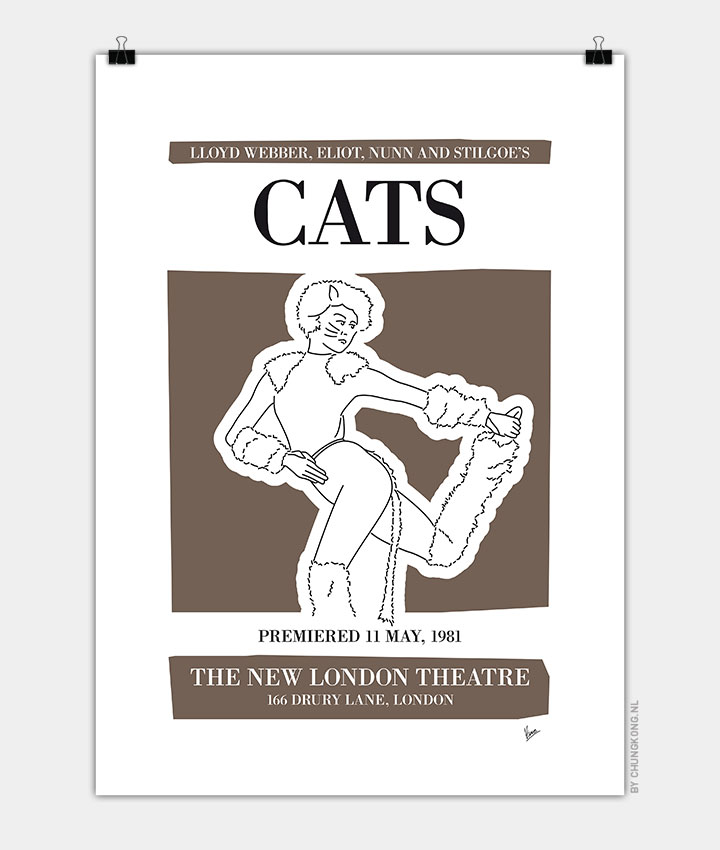 Based on T.S. Eliot’s whimsical collection of poems, Old Possum’s Book of Practical Cats, Andrew Lloyd Webber’s popular musical brings together a tribe of Jellicle Cats on a moonlit evening, who must make the “Jellicle choice” to decide which of them will ascend to the mysterious Heaviside Layer to be reborn.

Featuring such celebrated standards as the haunting “Memory,” Cats was an international phenomenon and its original production is still the fourth-longest-running show on Broadway that was revived in summer 2016.

A magical, moving, and often hilarious glimpse into the lives of others, Cats takes Eliot’s lyrical poetry and puts it into the mouths of a diverse company of singing, dancing felines.