No029 MY Hedwig and the Angry Inch musical poster 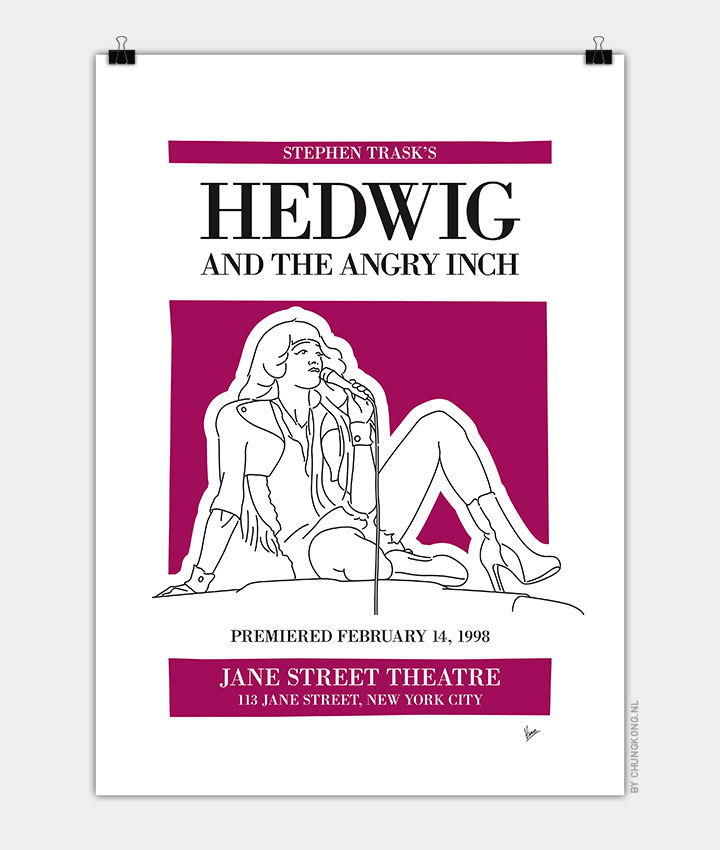 Hedwig and the Angry Inch tells the tale of how a “slip of a girlyboy” from communist East Berlin, Hanschel, becomes the “internationally ignored song stylist” known as Hedwig after a botched sex change operation.

The show daringly breaks the fourth wall, as Hedwig directly tells the audience of her past tribulations and heartbreak in the form of an extended monologue paired with rock songs. With a little help from her band and her back-up singer Yitzhak, Hedwig examines her quest for her other half, for love, and ultimately for her identity.

Featuring a groundbreaking rock musical score by Stephen Trask, Hedwig and the Angry Inch is hilarious, harrowing, and essentially uplifting for anyone who’s ever felt different.