No033 MY Les Miserables musical poster 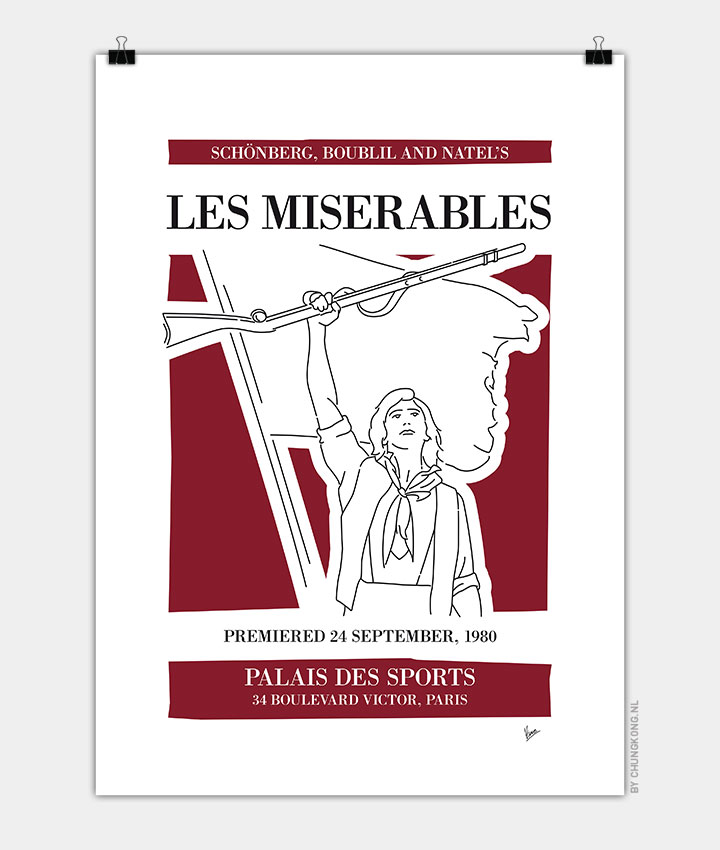 Set against the backdrop of 19th-century France and the aftermath of the French Revolution, this timeless story of intertwined destinies reveals the power of compassion and the quiet evil of indifference to human suffering. As Valjean’s quest for a new life carries him into Paris and to the barricades of the Student Revolution, he is hunted by Inspector Javert and the ghosts of his past. Amidst a battle for the soul of Paris, he discovers the true meaning of love and salvation.