No034 MY Jersey Boys musical poster 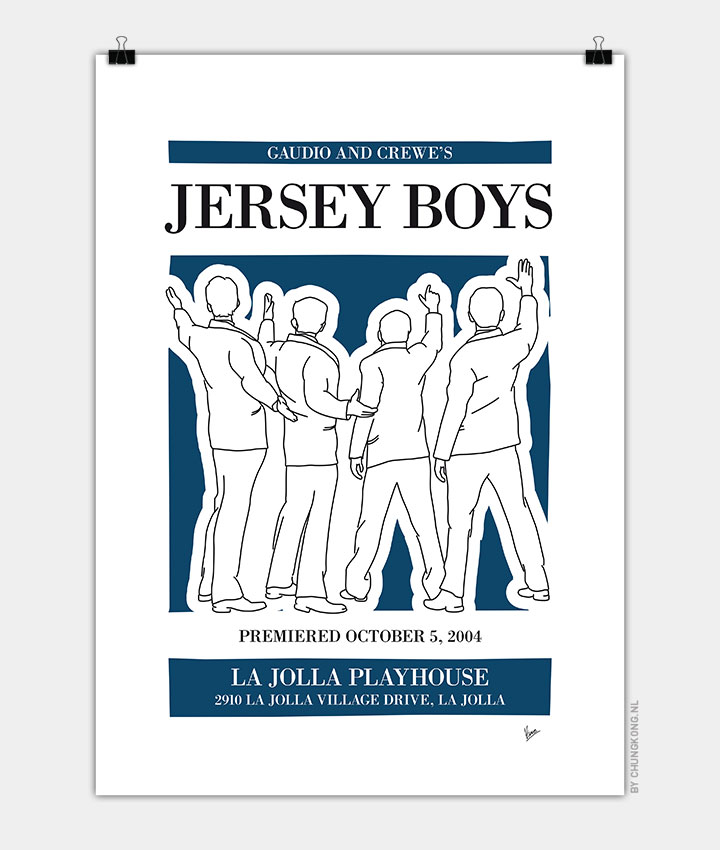 Jersey Boys is the inspiring rags-to-riches tale of The Four Seasons.

When Frankie Valli, Bob Gaudio, Tommy DeVito, and Nick Massi met, they were just four New Jersey teens singing together under street lamps, scraping for gigs and money in their working-class neighborhood. As the quartet rises to international stardom, they celebrate the highs and endure the lows that come hand-in-hand with fame.

Each member of the group takes a turn narrating events, illustrating how a ragtag group of guys from New Jersey — and their decades-long friendships — became music history. Jersey Boys is a smash hit that showcases The Four Seasons most iconic hits and reveals the inspiring tale behind the music.