No036 MY A Star is Born musical poster 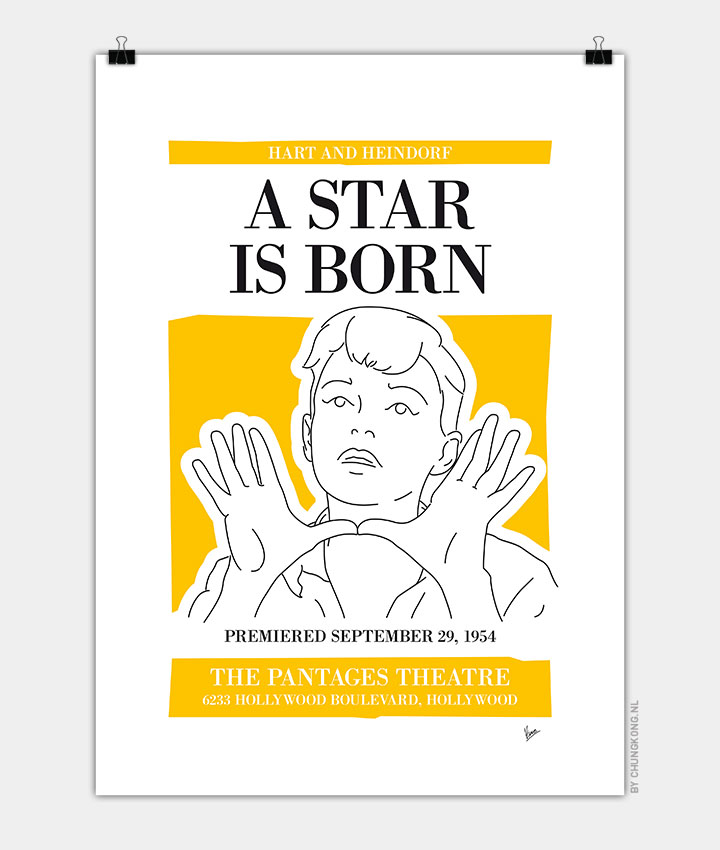 Norman Maine, a movie star whose career is on the wane, meets showgirl Esther Blodgett when he drunkenly stumbles into her act one night.

A friendship develops, then blossoms into romance before tensions increase as Esther’s career takes off while Norman’s continues to plummet.