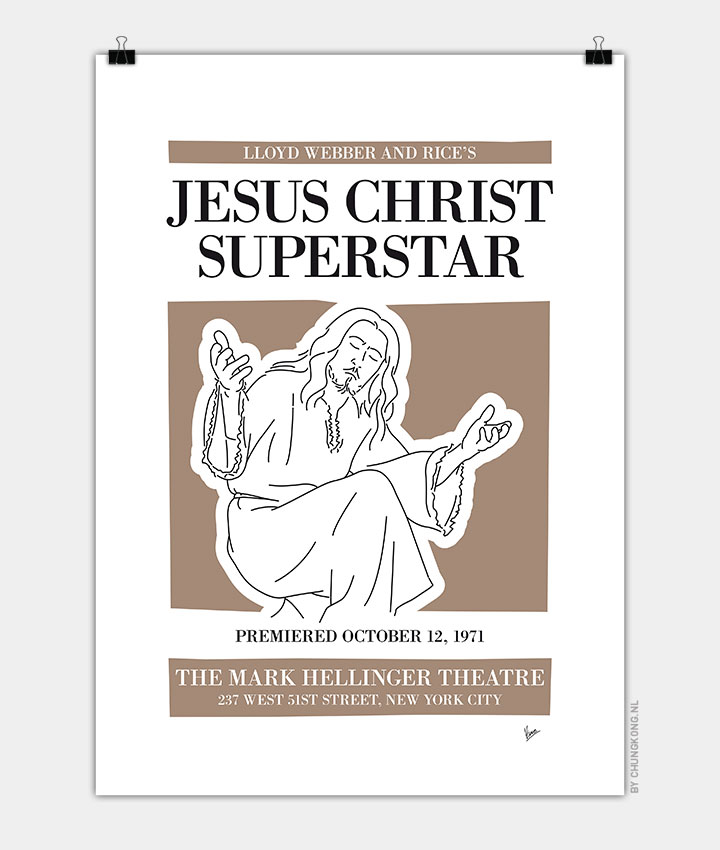 Jesus Christ Superstar tells the story of biblical Jesus in the final days leading up to his crucifixion.

A rock opera by Andrew Lloyd Webber and Tim Rice, the musical has no spoken dialogue and is sometimes considered a modern rock-opera. Loosely based on the Gospels, Superstar focuses on the personal conflicts between Jesus, his disciples, the people of Israel, and the leadership of Rome. Special attention is played to the relationship between Judas Iscariot and Jesus, as well as Jesus’ relationship with Mary Magdalene.

The musical is unique among biblical retellings in that it focuses on both Judas’ struggle making the decision to betray Jesus and Jesus’ human psychology, fear, and anger in understanding and accepting his role as both leader and martyr. The show is a product of its era, permeated with 1970’s rock, gospel, folk and funk themes, modern language and colloquialisms, and high-energy dance numbers.