No043 MY The Rocky Horror Show musical poster 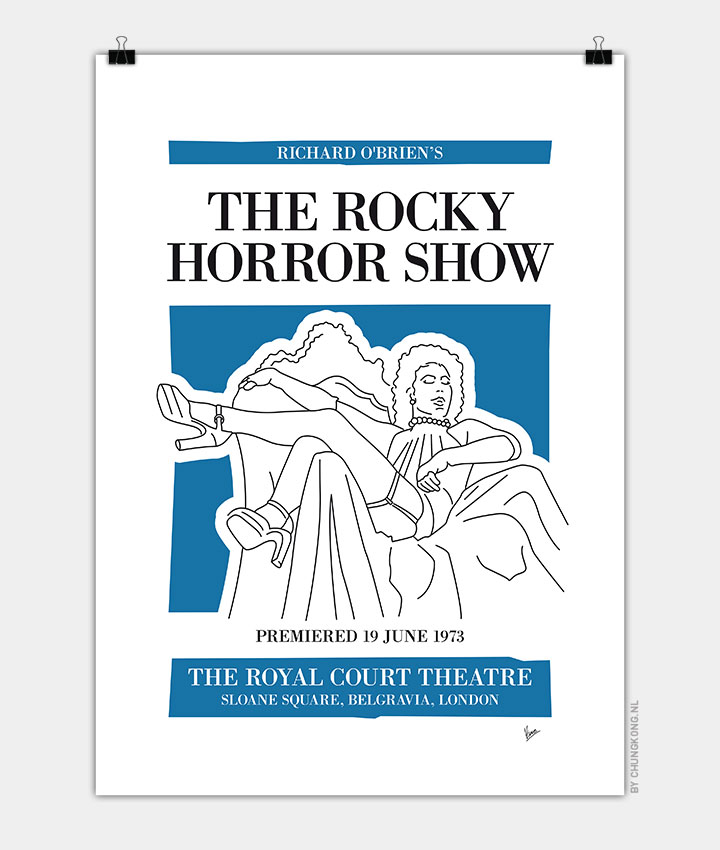 Unfortunately for them, this night out is destined to be one they will never forget. A thunderstorm and a flat-tire force them to seek help at the castle of Dr. Frank ’N’ Furter, an alien, transvestite scientist with a manic genius and insatiable libido.

Brad, Janet, and Frank’ N’ Furter’s cohorts are swept up into the scientist’s latest experiment. The night’s misadventures will cause Brad and Janet to question everything they’ve known about themselves, each other, love, and lust.