No049 MY Barnum musical poster 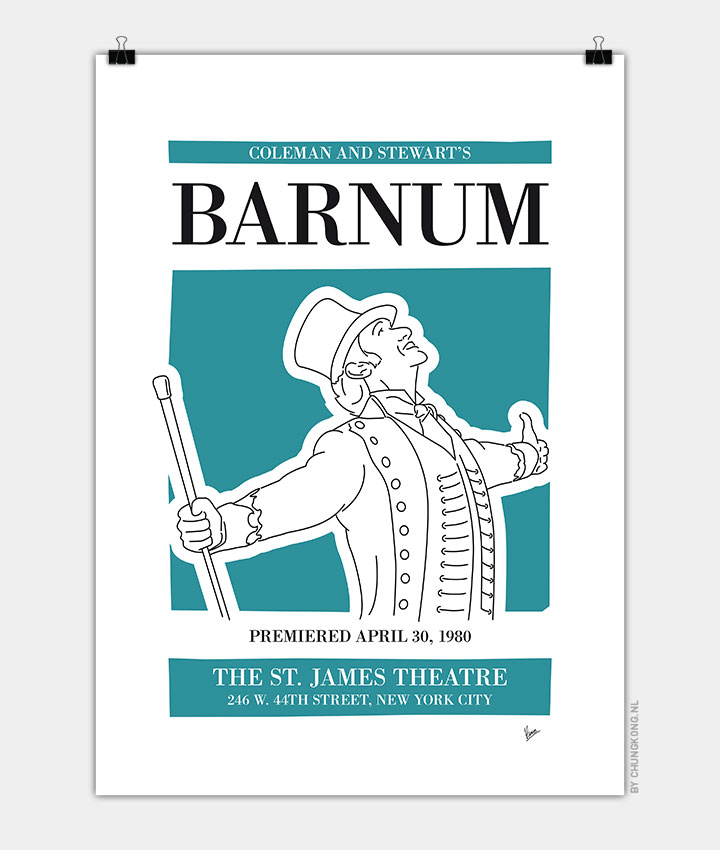 Welcome to the Greatest Show on Earth, the world of Phineas Taylor Barnum, full of spectacle and humbug.

Sometimes with her support, and sometimes against her objections, P.T. Barnum works with his wife Chairy to create unbelievable attractions in a variety of ways, from the American Museum in New York City to a national tour featuring Jenny Lind, the Swedish Nightingale.

Along the way, Barnum meets Joice Heth (the oldest woman alive) and Tom Thumb (the smallest man in the world). He dabbles in politics and begins a lecture tour, culminating in his founding of the Greatest Show on Earth with partner James Bailey.