No059 MY SINATRA Minimal Music poster 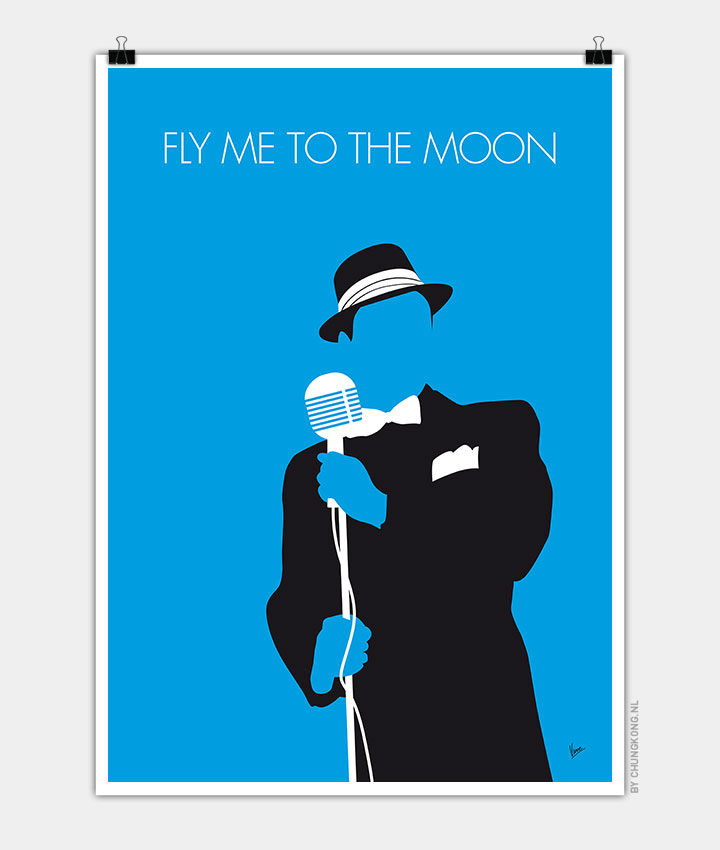 “Fly Me to the Moon”, originally titled “In Other Words”, is a song written in 1954 by Bart Howard. Kaye Ballard made the first recording of the song in 1954. Since then it has become a frequently recorded jazz standard often featured in popular culture. Frank Sinatra’s 1964 version was closely associated with the Apollo missions to the Moon.

In 1999, the US-based Songwriters Hall of Fame recognized the importance of “Fly Me to the Moon” by inducting it as a “Towering Song” which is an award “…presented each year to the creators of an individual song that has influenced our culture in a unique way over many years.”