No063 MY KRAFTWERK Minimal Music poster 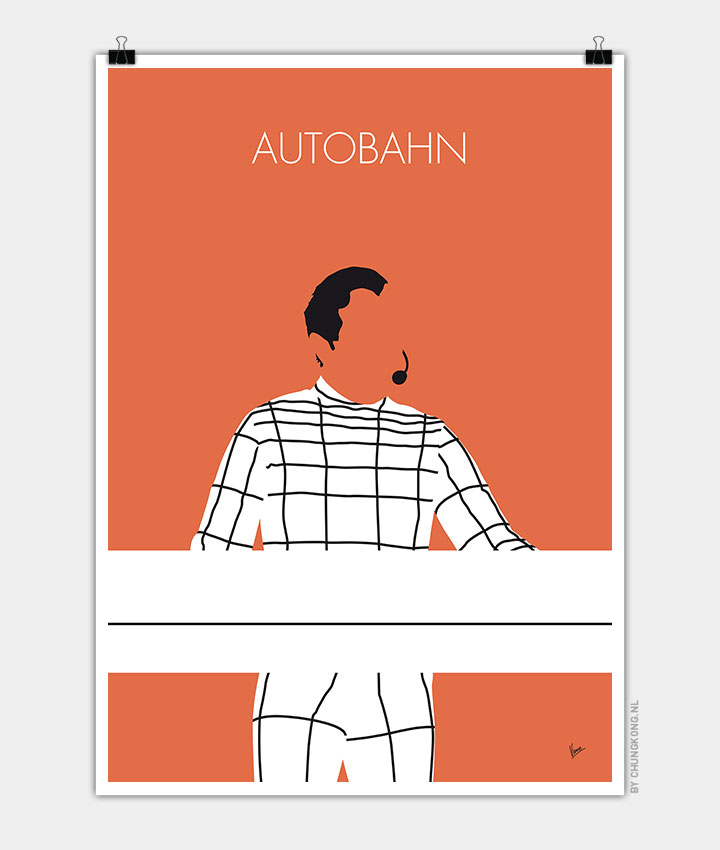 Autobahn is the fourth studio album by German electronic band Kraftwerk, released in November 1974. The 22-minute title track “Autobahn” was edited to 3:27 for single release and reached number 25 on the US Billboard Hot 100 chart, number 30 in the Australian chart,[8] and performed even higher around Europe, reaching number 11 in the UK and number 12 in the Netherlands. This commercial success came after the band had released three experimental and purely instrumental albums.