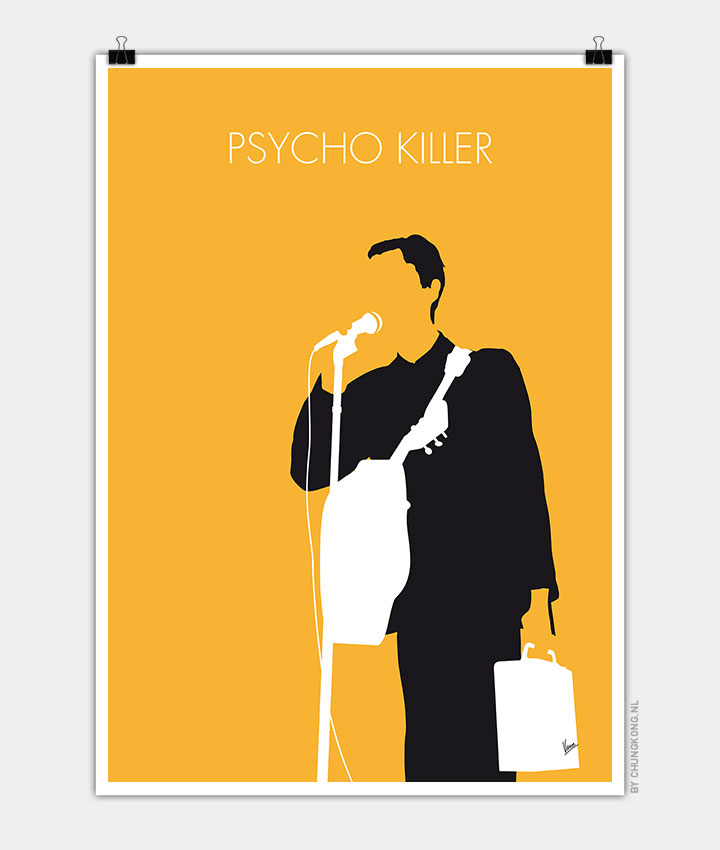 “Psycho Killer” is a song written by David Byrne, Chris Frantz and Tina Weymouth and first played by their band The Artistic in 1974, and as Talking Heads in 1975,[5] with a later version recorded for their 1977 album Talking Heads: 77. In the liner notes for Once in a Lifetime: The Best of Talking Heads (1992), Jerry Harrison wrote of the b-side of the single, an acoustic version of the song that featured Arthur Russell on cello, “I’m glad we persuaded Tony [Bongiovi] and Lance [Quinn] that the version with the cellos shouldn’t be the only one.”

The band’s “signature debut hit” features lyrics which seem to represent the thoughts of a serial killer. Originally written and performed as a ballad, “Psycho Killer” became what AllMusic calls a “deceptively funky new wave/no wave song” with “an insistent rhythm, and one of the most memorable, driving basslines in rock & roll.”