No065 MY ACDC Minimal Music poster 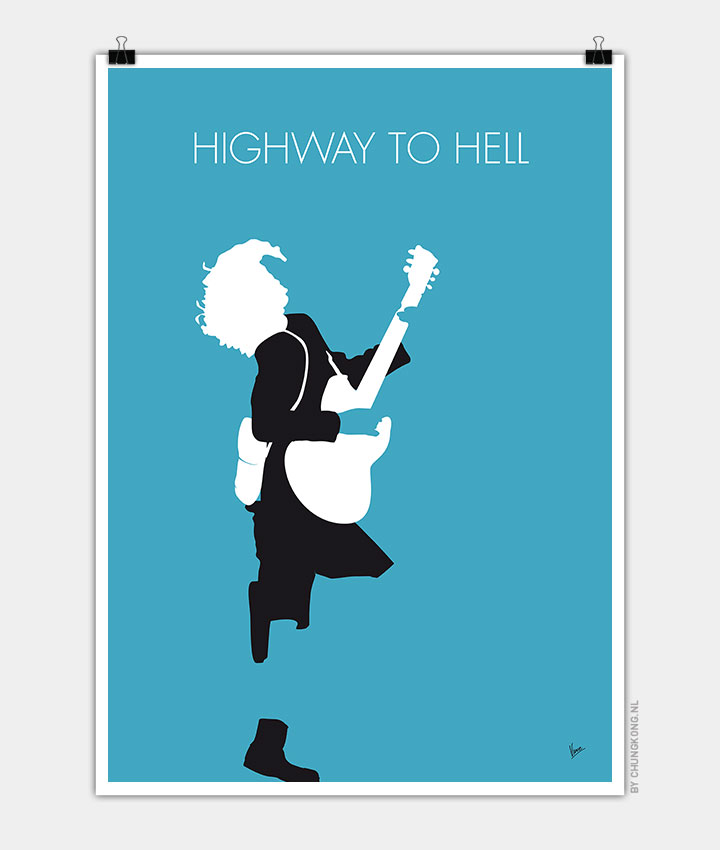 The song was written by Angus Young, Malcolm Young and Bon Scott, with Angus Young credited for writing the guitar riff which became an instant classic. AC/DC had made several studio albums before and were constantly promoting them via a grueling tour schedule, referred to by Angus Young as being on a highway to hell.