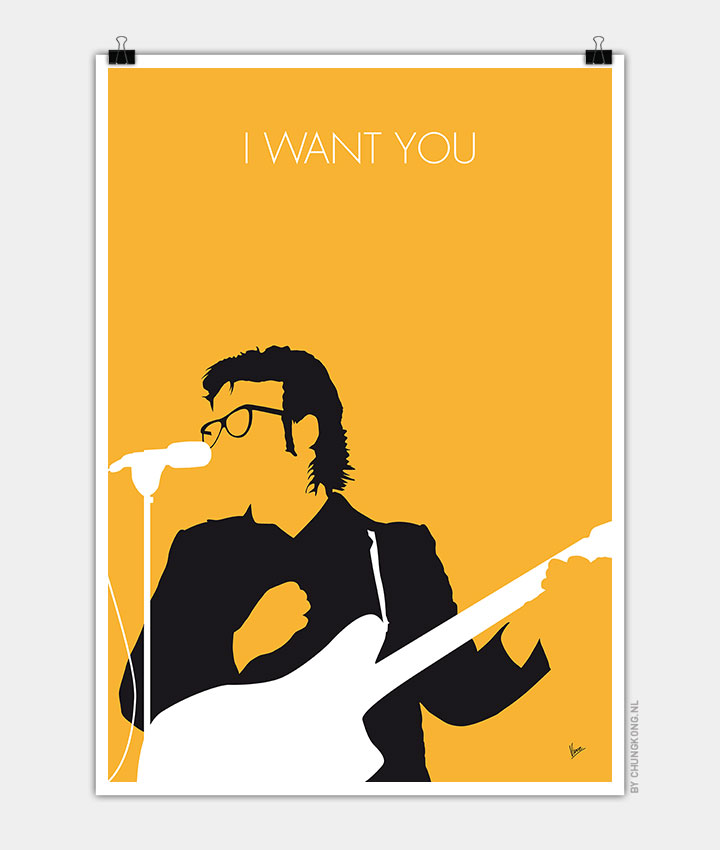 “I Want You” is a song written and recorded by Elvis Costello. It was released as a single from his 1986 album Blood & Chocolate.

The dark lyrics describe a tormented romantic relationship. The narrator recounts the details of his partner’s infidelities, while repeatedly declaring “I want you” after each line. The music is taken at a slow, Dirge-like tempo; towards the conclusion Costello offers brief guitar solo that repeats two dissonant notes. Stephen Thomas Erlewine described it as “[among] the nastiest songs he has ever recorded, both lyrically and musically”. In his album notes for the Girls Girls Girls compilation album, Costello wrote that “[t]he sound of this track was always going to be the aural equivalent of a blurred polaroid, so no apologies for the lack of fidelity. None are needed, it’s just a pornographic snapshot; lots of broken glass, a squashed box of chocolates and a little blood on the wall.”