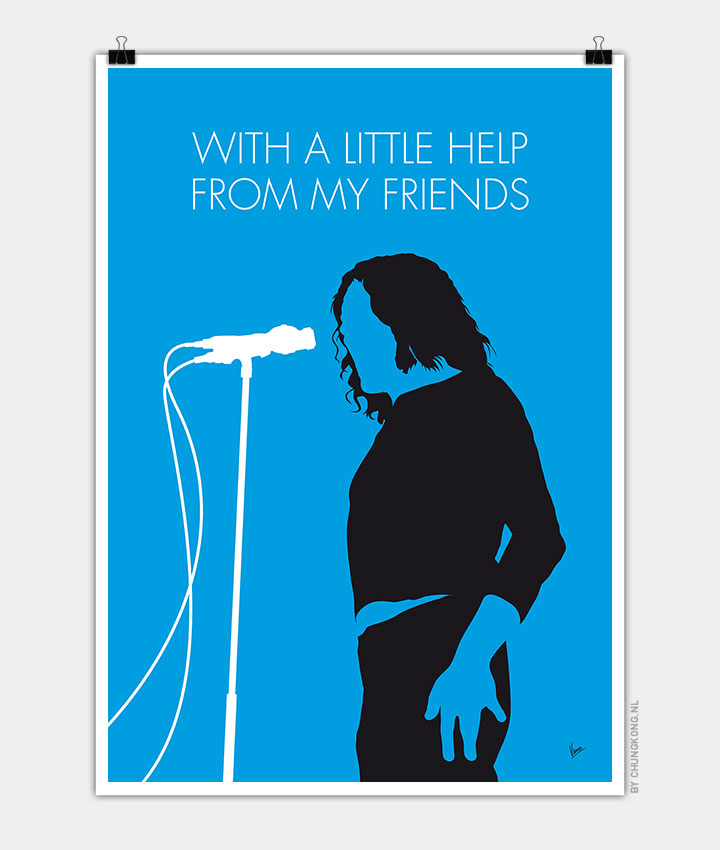 With a Little Help from My Friends is the debut album by singer Joe Cocker, released in 1969. It was certified gold in the US and peaked at number 35 on the Billboard 200. In the UK, the album charted in May 1972 at number 29 when it was re-released as a double pack with Cocker’s second LP Joe Cocker!.

The title track was written by John Lennon and Paul McCartney and originally performed by the Beatles on the album Sgt. Pepper’s Lonely Hearts Club Band; it has been inducted into both the Grammy Award Hall of Fame and the Rock and Roll Hall of Fame. Cocker’s version was the theme song to the television series The Wonder Years during the 1980s and 1990s.

In 2015, the Audio Fidelity company released a limited reissue of the album in hybrid SACD format as a tribute to Cocker.