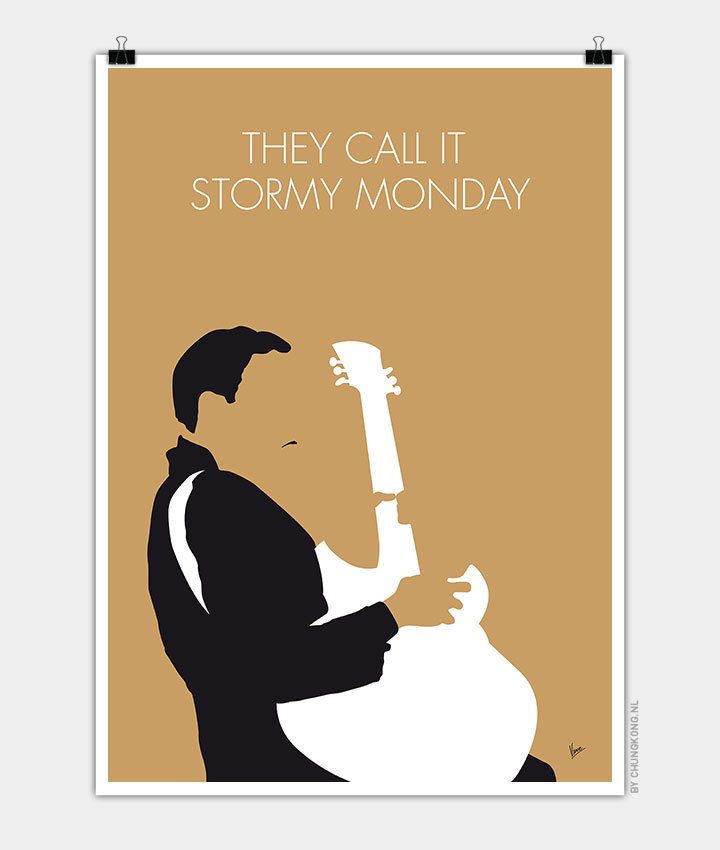 “Call It Stormy Monday (But Tuesday Is Just as Bad)” (commonly referred to as “Stormy Monday”) is a song written and recorded by American blues electric guitar pioneer T-Bone Walker. It is a slow twelve-bar blues performed in the West Coast blues-style that features Walker’s smooth, plaintive vocal and distinctive guitar work. As well as becoming a record chart hit in 1948, it inspired B.B. King and others to take up the electric guitar. “Stormy Monday” became Walker’s best-known and most-recorded song.

In 1961, Bobby “Blue” Bland further popularized the song with an appearance in the pop record charts. Bland introduced a new arrangement with chord substitutions, which was later used in many subsequent renditions. His version also incorrectly used the title “Stormy Monday Blues”, which was copied and resulted in royalties being paid to songwriters other than Walker. The Allman Brothers Band recorded an extended version for their first live album in 1971, with additional changes to the arrangement. Through the album’s popularity and the group’s concert performances, they brought “Stormy Monday” to the attention of rock audiences. Similarly, R&B singer Latimore’s 1973 hit recording made it popular with a later R&B audience.

“Stormy Monday” is one of the most popular blues standards, with numerous renditions. As well as being necessary for blues musicians, it is also found in the repertoires of many jazz, soul, pop, and rock performers. The song is included in the Grammy, Rock and Roll, and Blues Foundation halls of fame as well as the U.S. Library of Congress’ National Recording Registry.