No071 MY Aaliyah Minimal Music poster 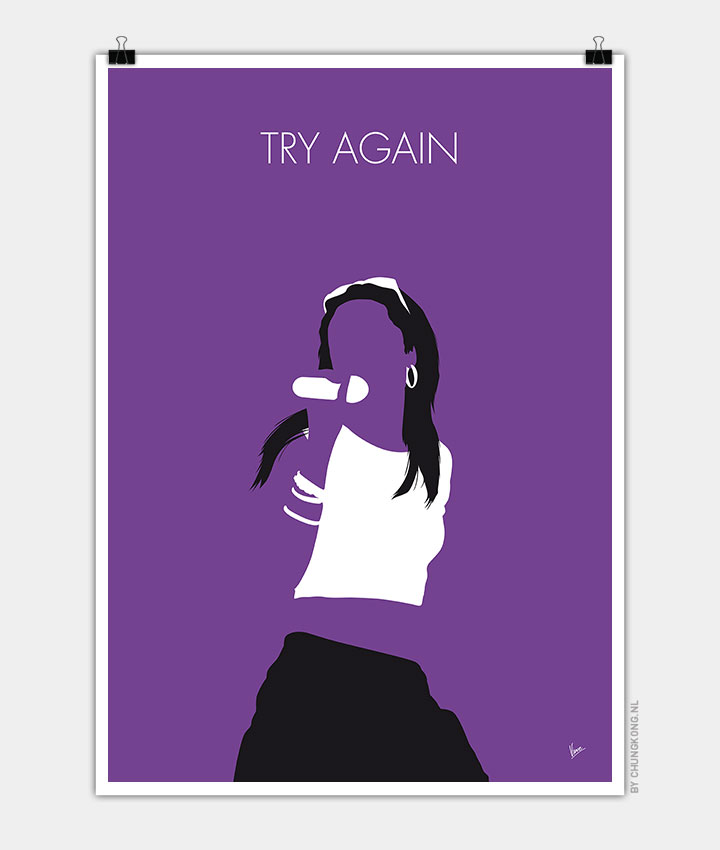 “Try Again” is a song by American recording artist Aaliyah. It was written by Static Major and Timothy Mosley, and produced by Timbaland. The song was released on February 22, 2000, as the lead single for the soundtrack to the film Romeo Must Die, and was later included on international pressings of the singer’s self-titled album. “Try Again” features an intro in which Timbaland pays homage to Eric B. & Rakim by rapping the duo’s opening verse from “I Know You Got Soul”.