No072 MY BIRKIN Minimal Music poster 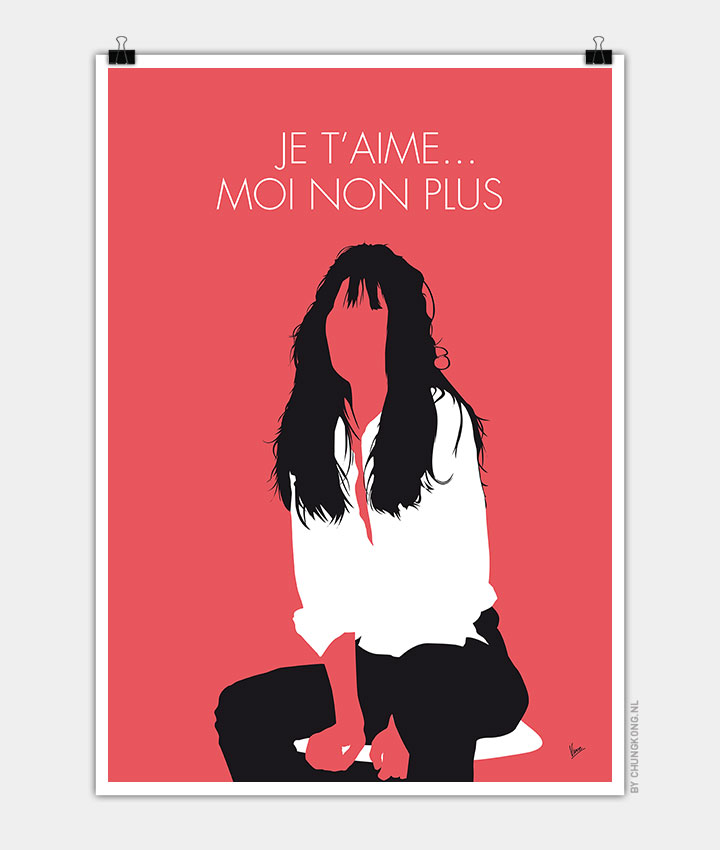 “Je t’aime… moi non plus” (French for “I love you… me neither”) is a French duet written by Serge Gainsbourg. It was written for and sung with Brigitte Bardot in 1967, but that version was not released until 1986. In 1969, Gainsbourg recorded a version with his lover, Jane Birkin. It reached number one in the UK, and number two in Ireland, but was banned in several countries owing to its sexual content. The song has been covered by many different artists.