No073 MY WuTangClan Minimal Music poster 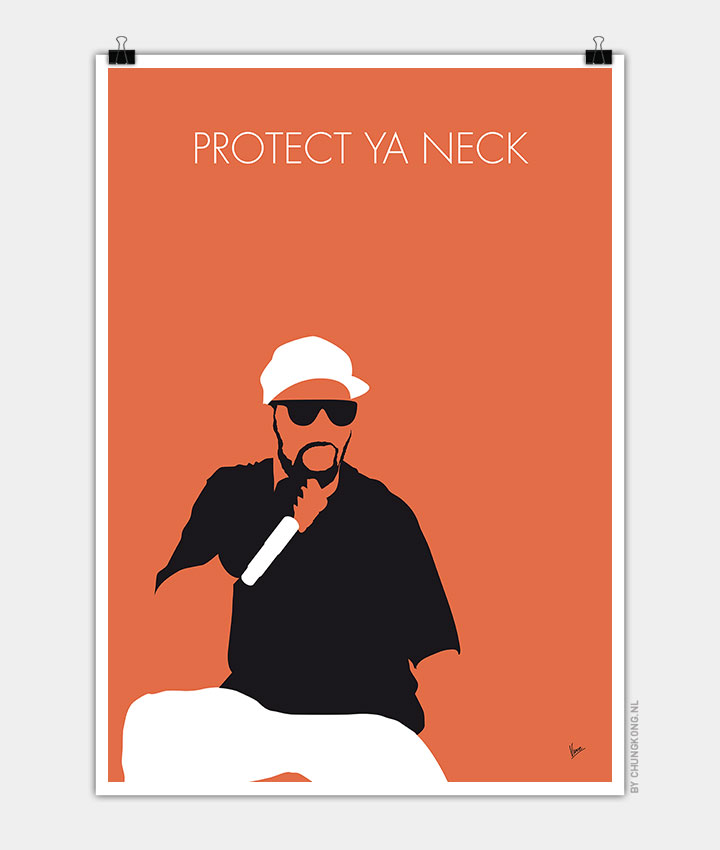 “Protect Ya Neck” is the debut single by hip hop group Wu-Tang Clan. The song is from the group’s critically acclaimed first album Enter the Wu-Tang (36 Chambers). It is produced by RZA (then known as Prince Rakeem) and features eight of the original nine Wu-Tang members.

“Protect Ya Neck” was the first Wu-Tang song bringing together the original four members and four others (excluding Masta Killa, who had not yet joined). It was originally released in 1992 as part of the “Protect Ya Neck”/”After The Laughter Comes Tears” single by Wu-Tang Records. When it created an underground buzz, Wu-Tang signed with Loud Records and released it with “Method Man” on its b-side. That single sold 10,000 copies.