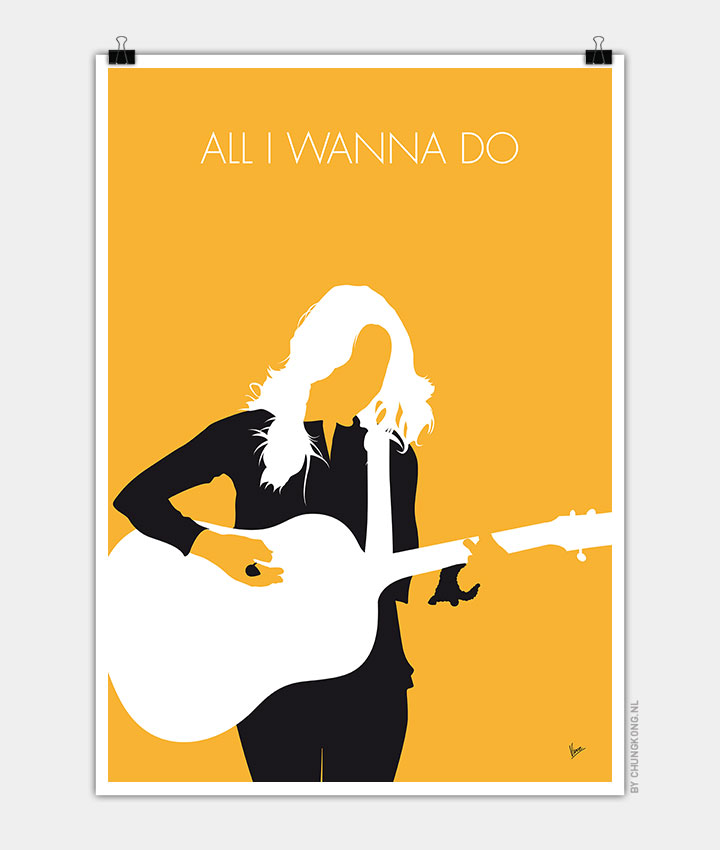 “All I Wanna Do” is a song performed by Sheryl Crow and written by Wyn Cooper, Sheryl Crow, David Baerwald, Bill Bottrell and Kevin Gilbert. It was Crow’s breakthrough hit from her 1993 debut album, Tuesday Night Music Club.

The song was the winner of the 1995 Grammy Record of the Year and Best Female Pop Vocal Performance and was nominated for Song of the Year. The song is her biggest US hit, peaking at #2 on the Billboard Hot 100 for six weeks behind “I’ll Make Love to You” by Boyz II Men. In addition to this it also peaked at number one on the Adult Contemporary charts in both the US and Canada, as well as the pop charts in Canada and at #4 on the UK Singles Chart.

Crow performed the song on her live album Sheryl Crow and Friends: Live from Central Park.