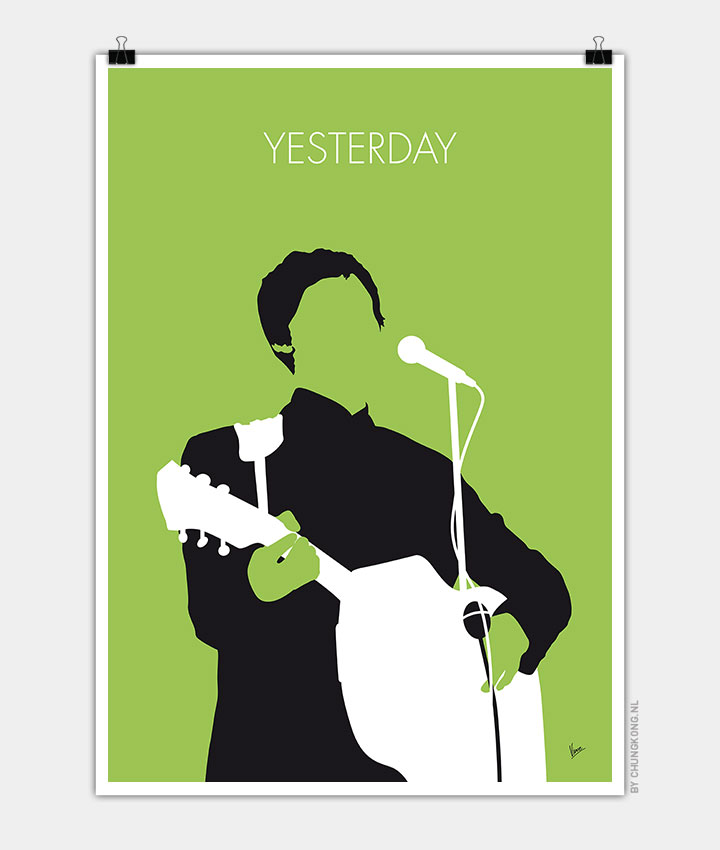 “Yesterday” is a song by English rock band The Beatles written by Paul McCartney (credited to Lennon–McCartney) first released on the album Help! in the United Kingdom in August 1965.

“Yesterday”, with the B-side “Act Naturally”, was released as a single in the United States in September 1965. While it topped the American chart in October the song also hit the British top 10 in a cover version by Matt Monro. The song also appeared on the UK EP “Yesterday” in March 1966 and the Beatles’ US album Yesterday and Today, released in June 1966.

McCartney’s vocal and acoustic guitar, together with a string quartet, essentially made for the first solo performance of the band. It remains popular today with more than 2,200 cover versions and is one of the most covered songs in the history of recorded music. “Yesterday” was voted the best song of the 20th century in a 1999 BBC Radio 2 poll of music experts and listeners and was also voted the No. 1 pop song of all time by MTV and Rolling Stone magazine the following year. In 1997, the song was inducted into the Grammy Hall of Fame. Broadcast Music Incorporated (BMI) asserts that it was performed over seven million times in the 20th century alone.

“Yesterday” is a melancholy ballad about the break-up of a relationship. The singer laments for yesterday when he and his love were together, before she left because of something he said. McCartney is the only member of the Beatles to appear on the recording. The final recording was so different from other works by the Beatles that the band members vetoed the release of the song as a single in the United Kingdom, although other artists were quick to do so. It was issued as a single in the US in September 1965 and later released as a single in the UK in 1976.