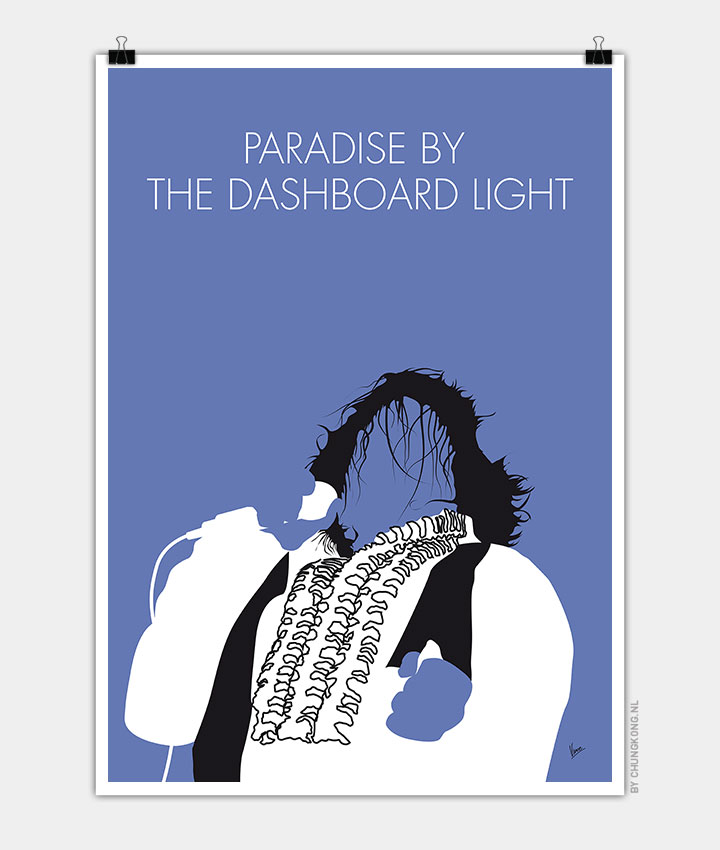 “Paradise by the Dashboard Light” is a song written by Jim Steinman. It was first released in 1977 on the album Bat Out of Hell, with vocals by the American musician Meat Loaf alongside Ellen Foley. The song is most notable for its unique structure and length, and has become a staple of classic rock radio.

“Paradise by the Dashboard Light” is one of the longest songs to be released uncut on one side of a 45 RPM record. The only difference is the song fades out almost immediately after the final line is sung. In some countries, a shorter 5:32 edit was released. The largest change is the complete removal of the “baseball play-by-play” section.

According to Meat Loaf on VH1 Storytellers, the original length of the track was to be 27 minutes