No079 MY NWA Minimal Music poster 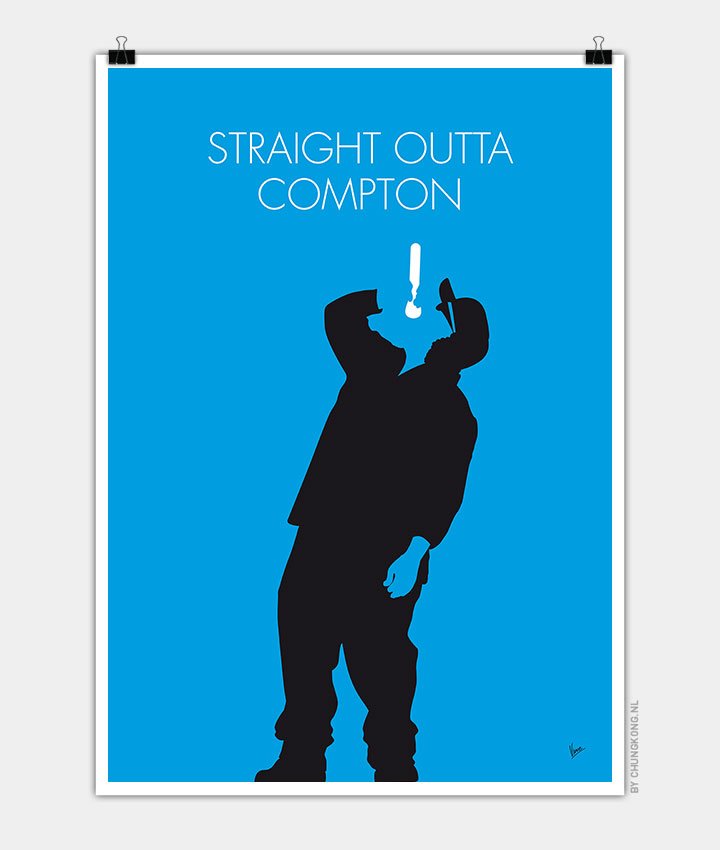 Straight Outta Compton is the debut studio album by American hip hop group N.W.A, released August 8, 1988 on group member Eazy-E’s record label Ruthless Records. Production for the album was handled by Dr. Dre with DJ Yella giving co-production. The album has been viewed as the pioneering record of gangsta rap with its ever-present profanity and violent lyrics. It has been considered to be one of the greatest and most influential hip-hop records by music writers and has had an enormous impact on the evolution of West Coast hip hop.

Straight Outta Compton redefined the direction of hip hop, which resulted in lyrics concerning the gangster lifestyle becoming the driving force in sales figures. It was later re-released on September 24, 2002, remastered and containing four bonus tracks. An extended version of the album was released on December 4, 2007, honoring the 20th anniversary of the original album. On April 14, 2015, Universal Music Group reissued the album on a Limited Edition red cassette as part of their Respect The Classics series.

In 2003, it was ranked number 144 in Rolling Stone magazine’s list of the 500 greatest albums of all time, the fifth highest ranking for a hip-hop album on the list behind Public Enemy’s It Takes a Nation of Millions to Hold Us Back, Run-DMC’s Raising Hell, The Notorious B.I.G’s Ready to Die and Dr Dre’s The Chronic.