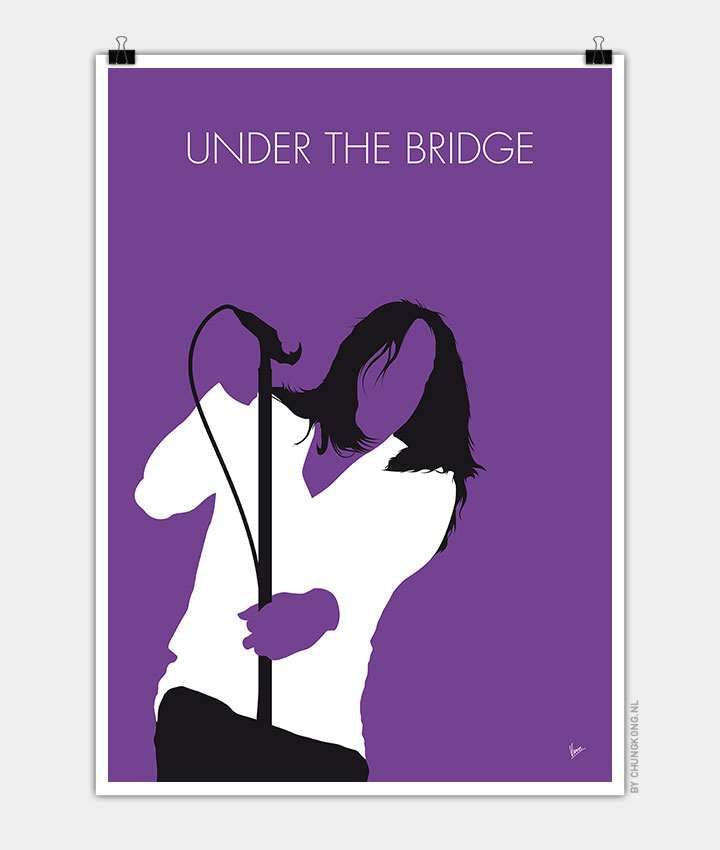 “Under the Bridge” is a song by American rock band Red Hot Chili Peppers, released on March 10, 1992 as the second single from the group’s fifth studio album, Blood Sugar Sex Magik. Vocalist Anthony Kiedis wrote the lyrics to express feelings of loneliness and despondency, and to reflect on narcotics and their impact on his life. Kiedis initially did not feel “Under the Bridge” would fit into the Chili Peppers’ repertoire and was reluctant to show it to his band mates until producer Rick Rubin implored him to do so. The rest of the band was receptive to the lyrics and wrote the music.

The song became a critical and commercial success, peaking at number two on the Billboard Hot 100 and later certified platinum by the Recording Industry Association of America. The single’s success was widened with the release of its accompanying video, which was frequently played on music television channels. It won the “Viewer’s Choice Award” and “Breakthrough Video” at the 1992 MTV Video Music Awards.

“Under the Bridge” allowed the Red Hot Chili Peppers to enter the mainstream. David Fricke of Rolling Stone said the song “unexpectedly drop-kicked the band into the Top 10”, while Philip Booth of The Tampa Tribune commented that it was a “pretty, undulating, [and] by-now omnipresent single.” Its success led in part to the departure of guitarist John Frusciante, who preferred the band to remain underground. The song has become an inspiration to other artists, and remains a seminal component of the alternative rock movement of the early and mid-1990s.