No086 MY The Black Eyed Peas Minimal Music poster 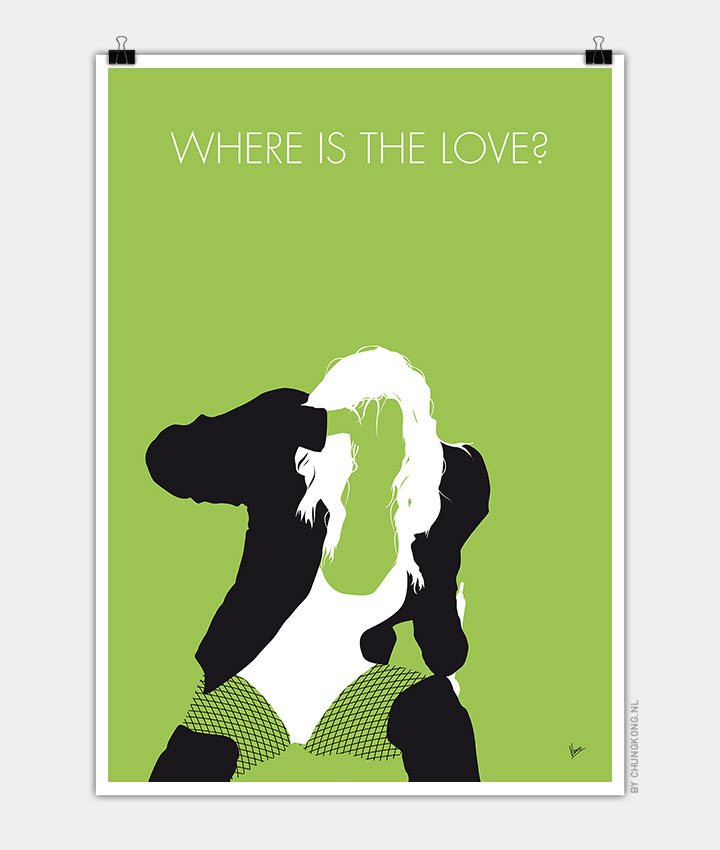 “Where Is the Love?” is a song by American hip hop group The Black Eyed Peas. It was released in June 2003 as the lead single from their third album, Elephunk. The song was written by will.i.am, apl.de.ap, Taboo, Justin Timberlake, Printz Board, Michael Fratantuno and George Pajon. The track features vocals from Timberlake, although he is not officially credited on the single release. It was the band’s first song to feature singer Fergie as an official member.

“Where Is the Love?” saw success on radio airplay charts, peaked at number eight on the US Billboard Hot 100, and topped the charts in Australia, Ireland and the United Kingdom. It became the biggest-selling single of 2003 in the latter country. The band and Timberlake received two nominations, Record of the Year and Best Rap/Sung Collaboration, for “Where Is the Love?” at the 46th Grammy Awards.