No088 MY Sly and the Family Stone Minimal Music poster 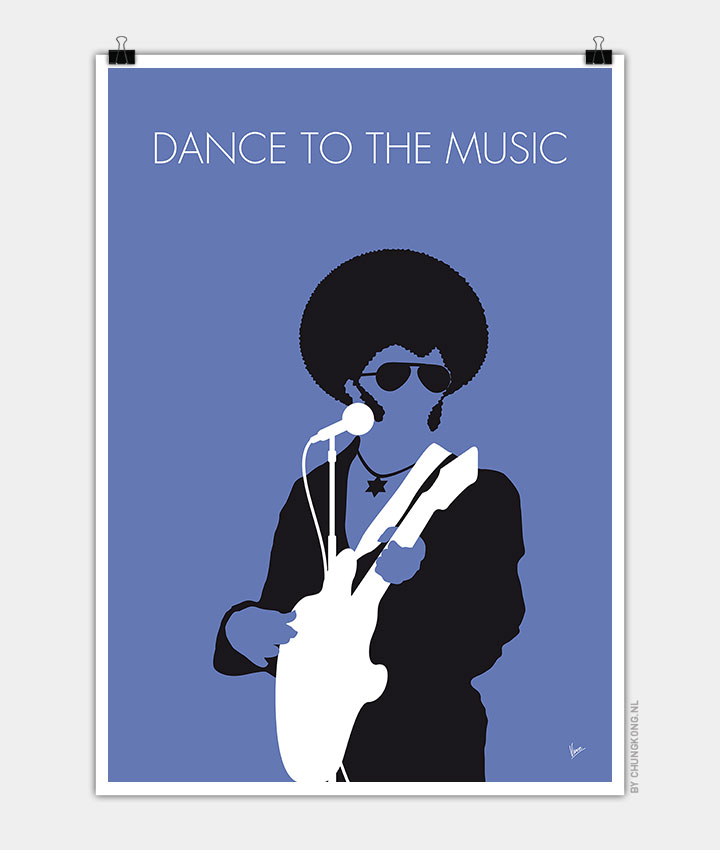 “Dance to the Music” is a 1968 hit single by the influential soul/funk/rock band Sly and the Family Stone for the Epic/CBS Records label. It was the first single by the band to reach the Billboard Pop Singles Top 10, peaking at #8 and the first to popularize the band’s sound, which would be emulated throughout the black music industry and dubbed “psychedelic soul”. It was later ranked #223 on Rolling Stone’s list of the 500 Greatest Songs of All Time.