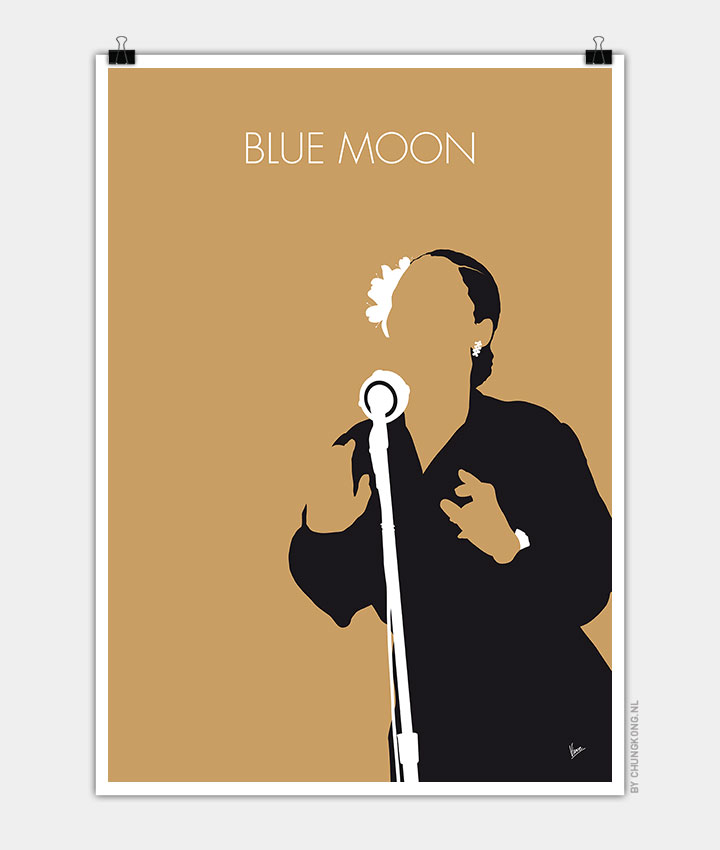 “Blue Moon” is a classic popular song written by Richard Rodgers and Lorenz Hart in 1934, and has become a standard ballad. It may be the first instance of the familiar “50s progression” in a popular song. The song was a hit twice in 1949 with successful recordings in the US by Billy Eckstine and Mel Tormé. In 1961, “Blue Moon” became an international number one hit for the doo-wop group The Marcels, on the Billboard 100 chart and in the UK Singles chart. Over the years, “Blue Moon” has been covered by various artists including versions by Frank Sinatra, Billie Holiday, Elvis Presley, The Mavericks, Dean Martin, The Supremes and Rod Stewart. It is also the anthem of English Premier League Football club Manchester City FC, who have adapted the song slightly.