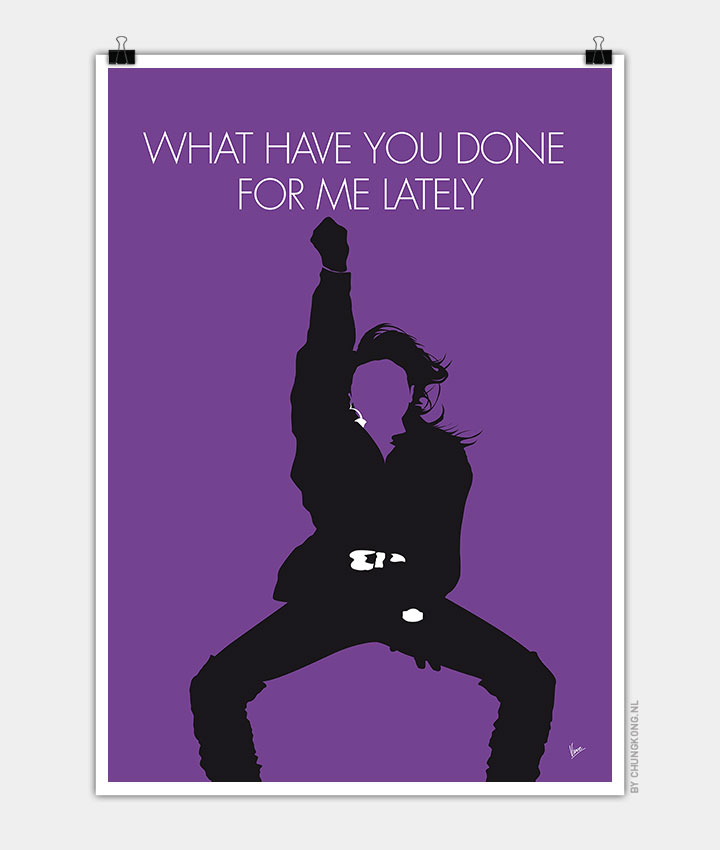 “What Have You Done for Me Lately” is a song by American singer Janet Jackson from her third studio album Control (1986). Jackson co-wrote the song with its producers Jimmy Jam and Terry Lewis. It was released on January 13, 1986 as the album’s lead single, by A&M Records. After two unsuccessful albums and a management change, the singer began developing a new album. “What Have You Done for Me Lately” was originally penned for one of Jam and Lewis’s own records, but the lyrics were rewritten to convey Jackson’s feelings about her recent divorce from James DeBarge in January 1985. It revolves around a woman’s frustration with her partner in a relationship.

Critical reviews for “What Have You Done for Me Lately” were positive, with music critics believing it erased the former “pop-ingénue image” of Jackson’s first two albums, reestablishing her as an “independent woman” figure. The song has been featured in critic lists as one of the greatest songs of all times and received one nomination for Best Rhythm & Blues Song on the 29th annual Grammy Awards of 1987. The song peaked at number four on the US Billboard Hot 100 and was certified gold by the Recording Industry Association of America (RIAA). It also peaked at number two on the US Dance Club Songs and topped the US Hot R&B/Hip-Hop Songs charts. Outside of the US, it topped the singles chart in the Netherlands and peaked within the top ten in Germany, Switzerland, and the United Kingdom.