No093 MY Nelly Minimal Music poster 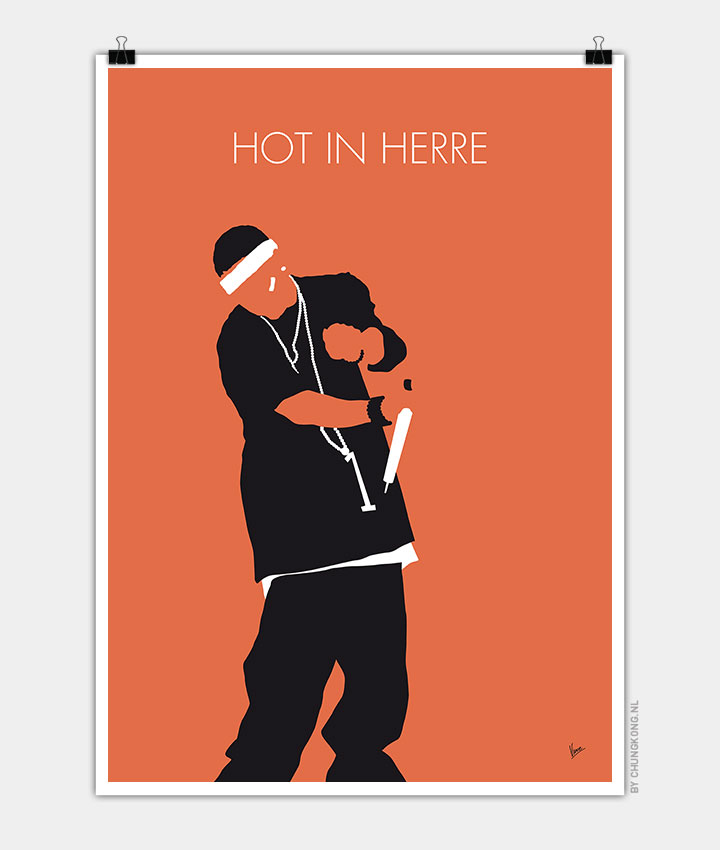 “Hot in Herre” is a song by American rapper Nelly from his second studio album Nellyville (2002). The song features additional vocals by former labelmate Dani Stevenson. It was released on April 16, 2002, by Universal Records as the second single from the project. The song was produced by The Neptunes and serves as the opening track of the 2002 compilation album Now That’s What I Call Music! 11.

“Hot in Herre” incorporates the hook from go-go performer Chuck Brown’s 1979 single “Bustin’ Loose”, and opens with samples from Neil Young’s “There’s a World” and Nancy Sinatra’s recording of “As Tears Go By”.