No095 MY The Offspring Minimal Music poster 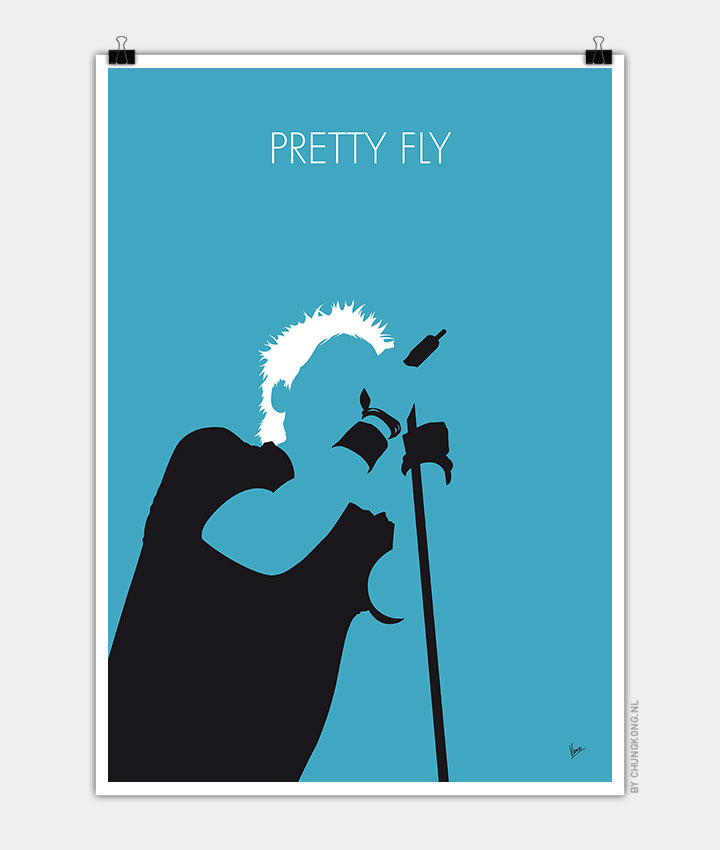 “Pretty Fly (For a White Guy)” is a song by American rock band The Offspring. It is the fourth track from their fifth studio album Americana (1998) and was released as the first single from the album. It achieved significant pop and rock and alternative radio play and popularity, peaking at number 53 on the Billboard Hot 100, number 5 on the Hot Mainstream Rock Tracks, and number 3 on the Modern Rock Tracks chart. The song reached the charts in over 15 countries and topped the charts in nine of these, including Australia, where it went four times platinum, and the United Kingdom,making it one of the most commercially successful singles released by the band. The song is a mocking portrayal of a white man who likes to act like an African-American stereotype.

The song appears as the seventh track on their Greatest Hits (2005).