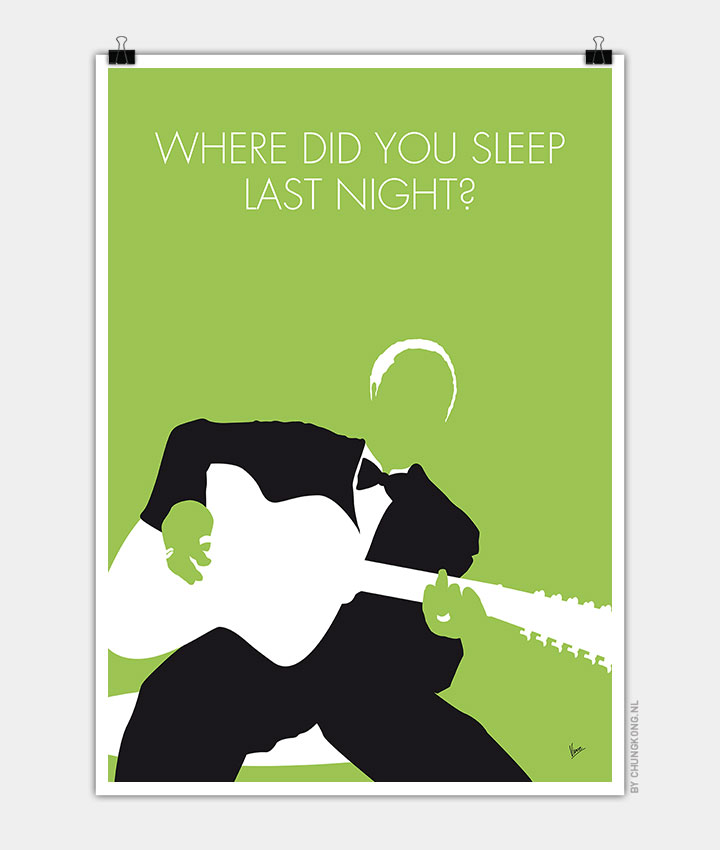 “In the Pines”, also known as “Where Did You Sleep Last Night?” and “Black Girl”, is a traditional American folk song originating from two songs, “In the Pines” and “The Longest Train”, both of which whose authorship is unknown and date back to at least the 1870s (though some contend an older, Irish history). The songs originated in the Southern Appalachian area of the United States in the contiguous areas of Eastern Tennessee and Kentucky, Western North Carolina and Northern Georgia.

A version of the song performed by The Four Pennies reached the UK top-twenty in 1964. A live performance by the American grunge band Nirvana reinterpreted Lead Belly’s version and was recorded during their MTV Unplugged performance in 1993.