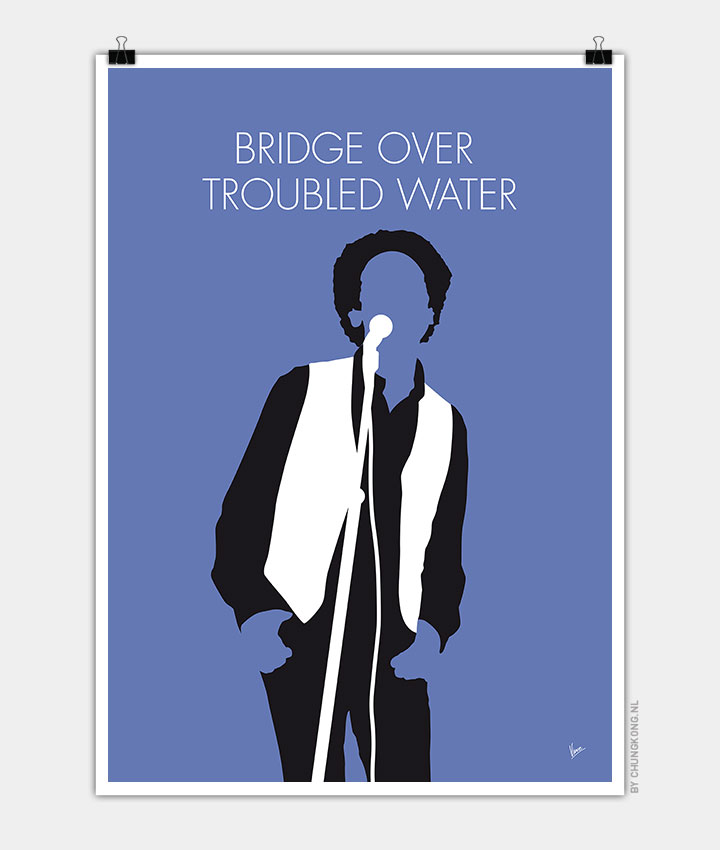 Bridge over Troubled Water is the fifth and final studio album by American folk rock duo Simon & Garfunkel, released in January 1970 on Columbia Records. Following the duo’s soundtrack for The Graduate, Art Garfunkel took an acting role in the film Catch-22, while Paul Simon worked on the songs, writing all tracks except Felice and Boudleaux Bryant’s “Bye Bye Love” (previously a hit for the Everly Brothers).

With the help of producer Roy Halee, the album followed a similar musical pattern as their Bookends, partly abandoning their traditional style in favor of a more creative sound, combining rock, R&B, gospel, jazz, world music, pop and other genres. After filming Catch-22, Garfunkel returned and the duo recorded around 14 tracks, three of which were not featured in the album. The inclusion of a 12th track was long discussed but they eventually decided upon 11 songs. It was described as both their “most effortless record and their most ambitious.”