No099 MY Adele Minimal Music poster 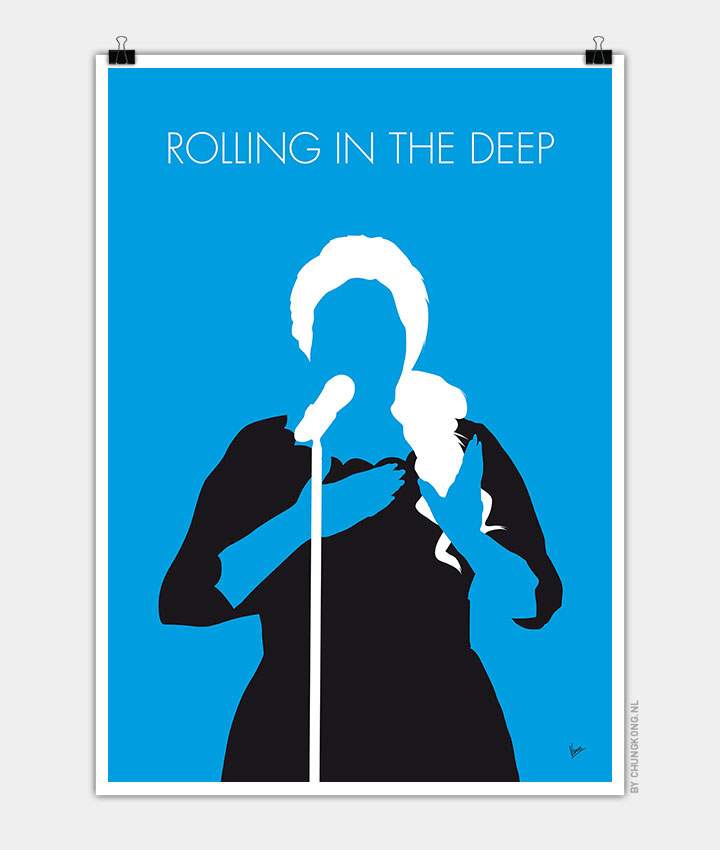 “Rolling in the Deep” is a song recorded by British singer Adele for her second studio album, 21. It is the lead single and opening track on the album. The song was written by Adele and Paul Epworth. The singer herself describes it as a “dark blues-y gospel disco tune”. The largest crossover hit in the United States from the past 25 years, “Rolling in the Deep” gained radio airplay from many different radio formats. It was first released on 29 November 2010 as the lead single from 21 in digital download format. The lyrics describe the emotions of a scorned lover.

“Rolling in the Deep” was acclaimed by music critics and represented a commercial breakthrough for Adele, propelling her to international success. The song reached number one in 11 countries and the top five in many more regions. It was Adele’s first number-one song in the United States, reaching the top spot on many Billboard charts, including the Billboard Hot 100 where it was number one for seven weeks. By February 2012, “Rolling in the Deep” had sold over 7.6 million copies in the United States, making it the highest-selling digital song by a female artist in the US, the second-best-selling digital song in the US and Adele’s best-selling single outside her native country, topping her previous best-selling “Chasing Pavements”. Worldwide, it was the fifth-best-selling digital single of 2011 with sales of 8.2 million copies, later going on to sell over 15 million copies. The song spent 65 weeks on the chart, making the song at that time the fourth-most weeks spent on the chart, tying the place with Jewel with her double single “Foolish Games”/”You Were Meant for Me”.