No100 MY Rage Against the Machine Minimal Music poster 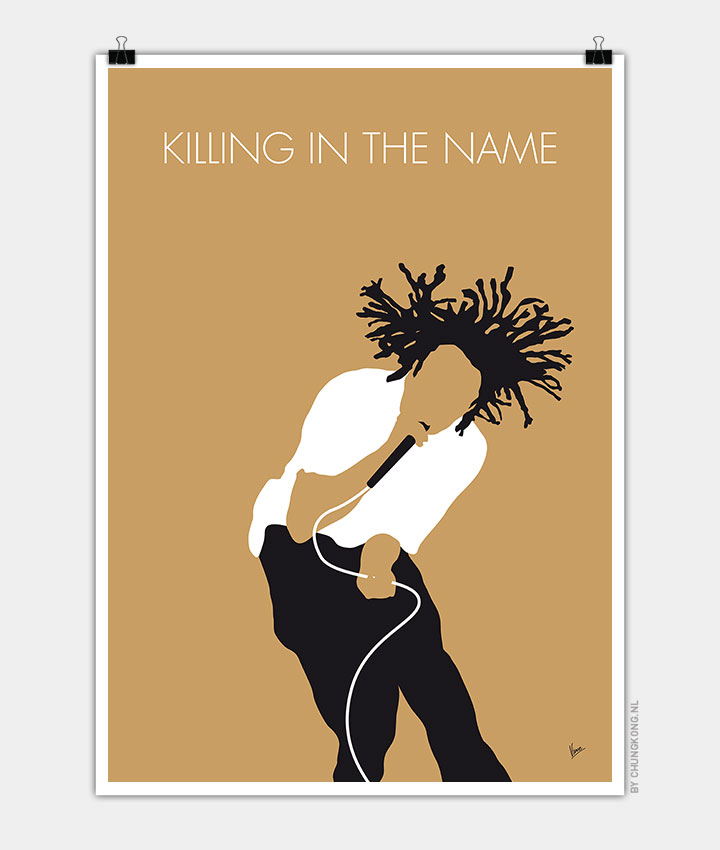 “Killing in The Name” is a song by American rap metal band Rage Against the Machine, featured on their self-titled debut album, and was released as the lead single from the album in November 1992. In 1993, the song peaked at number 25 in the United Kingdom, but in 2009 became the Christmas number one. Written about revolution against institutional racism and police brutality, “Killing in The Name” is widely recognized as the band’s signature song, and has been noted for its distinctive guitar riffs and heavy use of profanity.