No1001 My The Firm minimal movie poster 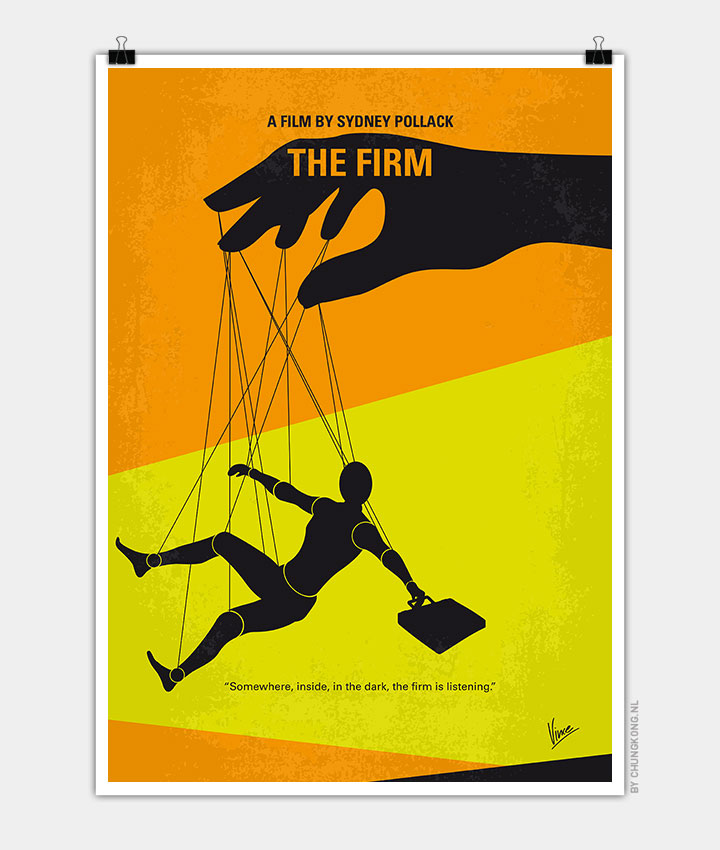 A young lawyer joins a prestigious law firm only to discover that it has a sinister dark side.

Storyline
Young up-and-coming Harvard law grad Mitch McDeere (Tom Cruise) is being courted by major law firms across the country, including Chicago, New York & Los Angeles. When he decides on a small but prosperous firm in Memphis, TN, headed up by Oliver Lambert (Hal Holbrook) and Avery Tolar (Gene Hackman), Mitch and his wife Abigail (Jeanne Tripplehorn) are thrilled. But within weeks of joining the firm, 2 lawyers are savagely murdered when their boat blows up under suspicious circumstances. Mitch is soon approached by FBI agents and the U.S. Department of Justice who inform him that the law firm he works for is heavily involved in the criminal enterprises of a mob family in Chicago.

In addition he is told that many young lawyers have been killed while employed by the firm. Mitch soon discovers that the firm has indeed been involved in corruption, racketeering, mail fraud, homicide, and grossly over-billing clients. Now, facing prosecution himself – or death from the firm security enforcers – Mitch & Abigail concoct a plan to hand over files exposing the criminal behavior of the firm to the DOJ and FBI. But the sinister security agents of the firm, headed by William Devasher (Wilford Brimley) are also in pursuit of McDeere, and they will stop at nothing to silence McDeere and protect their interests.