No1002 My Flashdance minimal movie poster 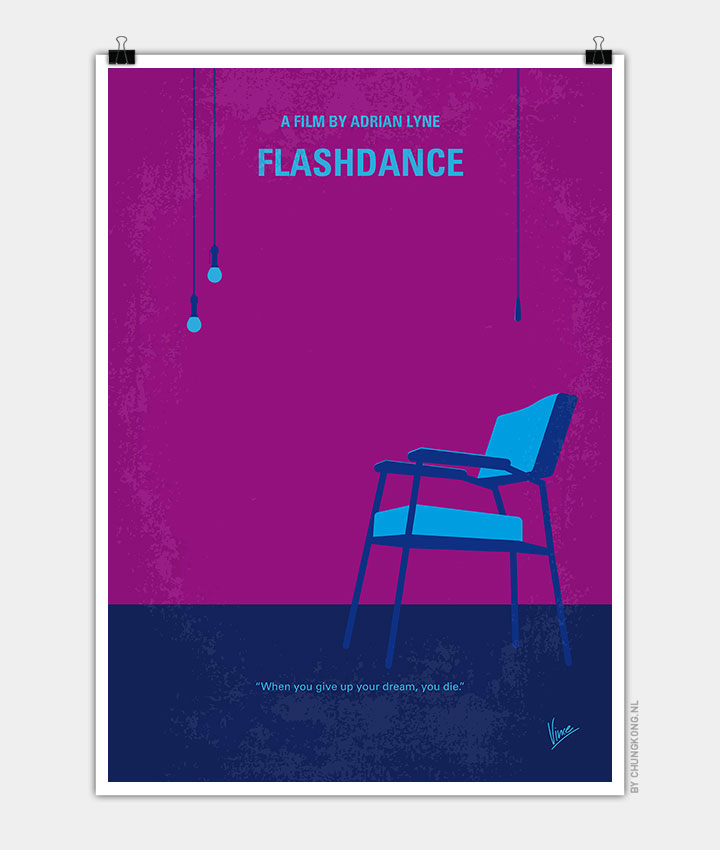 A Pittsburgh woman with two jobs as a welder and an exotic dancer wants to get into ballet school.

Storyline
In Pittsburgh, hard working, outwardly strong willed and independently minded eighteen year old Alex Owens is a welder at a steel mill by day, and a nightclub dancer by night, most specifically at a working class neighborhood bar called Mawby’s where she is friends with boyfriend/girlfriend Richie Plasic, the bar’s short order cook and an aspiring stand-up comic, and Jeanie Szabo, one of the waitresses and a competitive figure skater who is easy prey for anyone willing to play to her many insecurities.

As a dancer, Alex is self-taught, picking up whatever she can by any means to make it her own. She dances solely for how it connects her to the music, and not for what anyone watching might think. Partly due to the influence by her elderly ex-ballerina friend Hanna Long, Alex, in an effort to make something out of her life doing something that she loves, does aspire to formal dance training at the Pittsburgh Conservatory of Dance and Repertory, she having saved her welding money to be able to attend.

She is however intimidated by the pretension and the qualifications of all the other dancers there to go through with the application process. While dancing at Mawby’s, she attracts the attention of one of the customers, Nick Hurley, the divorced owner of the steel mill who doesn’t know she works for him until it is pointed out to him by a colleague. Nick is of that working class background, but is self-made through his business. Despite her apprehension of dating the boss, they embark on a relationship. The question becomes whether Alex will be able to bridge the many new gaps in her life to achieve what she wants, with Nick, they who are at different stages and places in their lives, and with the Conservatory and their qualification criteria, structure and formality.